Serial entrepreneur Hamid Farzaneh vows to build on Varioptic's pioneering liquid lenses as he takes the technology to Silicon Valley. 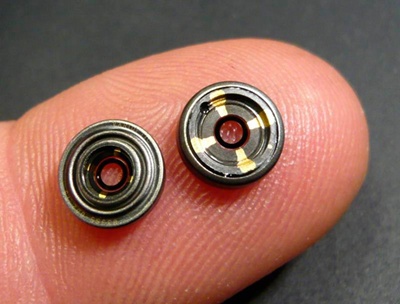 Liquid lens technology is moving to the heart of Silicon Valley, following the recent sale of Varioptic to the French wireless technology company Parrot SA.

While Parrot, which acquired Varioptic in a €3.2 million deal on May 13, will develop the liquid lenses for biometric, industrial camera and medical applications, the newly incorporated Palo Alto firm Optilux has acquired exclusive rights to the technology for the smart phone and tablet computing sector.

Hamid Farzaneh, a Silicon Valley veteran, heads the Optilux team - having served as Varioptic’s CEO until the Parrot acquisition was completed.

Optilux says it will now focus on optimizing the liquid lens technology for the mobile phone and computing market, create new products and “implement new manufacturing technologies appropriate for the scale and demands of high-volume mobile markets”.

Among Varioptic’s more recent innovations has been an image-stabilizing lens that cancels out the natural shaking of a handset that tends to blur the photo or video taken.

Manufacturing challenge
One possibility is that the liquid lens technology, which has proved difficult to manufacture in very large volumes, is compatible with wafer-level camera production approach developed by companies such as Tessera. Farzaneh certainly has a background in developing products for volume markets, having previously been CEO at the Cambridge, UK, start-up DisplayLink and the fabless imaging IC company Silicon Optix.

Optilux says it will target the liquid lenses at camera phones demanding high-end picture and video quality. Varioptic had been unable to crack that market sector; Farzaneh told optics.org that although a number of camera integrators and smart phone OEMs are evaluating liquid lenses, there are no products in the market as yet. But with hundreds of millions of smart phones now sold each year and tablets also selling well there is obvious potential for rapid growth.

Farzaneh attributes two key reasons for the lack of commercial phones featuring the technology. One is timing - the liquid lenses are particularly valuable for higher-resolution cameras, he says. "For 8 megapixel [cameras], aside from offering much better performance and reliability, the liquid lens is about 85% smaller than the dominant technology." However, camera phones with that level of resolution are rare, with high-end offerings typically at about 5 megapixels currently.

The second reason results from Varioptic's market focus: "Varioptic was structurally better suited to pursue narrower industrial applications than the very dynamic and competitive mobile phone market," said Farzaneh. "Optilux is focusing on the camera phone market and selecting a team and partners based on that focus."

Initially, Optilux will use Varioptic's existing facilities and engineering capability, including a manufacturing sub-contractor in Nanchang, China. But Farzaneh hinted at a major change in the medium term, saying: "We'll be announcing other, very substantial, partnerships and we are developing our own team and facility in Silicon Valley."

Net debt
Varioptic was founded in 2002 by Bruno Berge, after several years of liquid lens development at Joseph-Fourier University in Grenoble and support from both the French government and international investment funds.

By 2010, the company employed 19 people but it only posted revenues of €0.6 million. It had also run up a net debt of €2.6 million. Parrot acquired the firm for €0.6 million in cash and took on that debt. It expects Varioptic to break even at the operating level in 2013, with a potential earn-out of up to €3 million depending on the division’s fiscal 2014 financial performance.

"We believe that Parrot's acquisition of Varioptic and the creation of Optilux - which is focusing solely on mobile telephones and tablets applications - ensures that the highly-advanced liquid lens technology will be adopted broadly across many different segments," said Henri Seydoux, the Parrrot CEO.

Optilux, whose ‘617’ launch product is now available for sampling, says that any customers currently using or evaluating Varioptic products for camera phones will continue to receive support from Varioptic as needed, with the two companies set to co-operate on further joint development of the core technology.

"The product is now proven and sampling and our main effort is geared at expanding mass manufacturing capabilities and supporting key customers' design-in efforts," said Farzaneh.