Industrial equipment company is aiming to build a $500 million photonics business, amid a desire for consolidation among the major players. 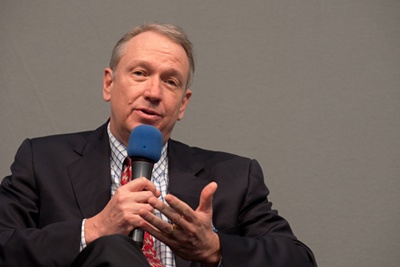 Announced last month, the cash deal has been financed with $75 million cash on hand and $325 million from an existing credit facility. It sees CVI Melles Griot become part of IDEX’s “health and science” division, which until now has been focused on precision-engineered fluidics for applications in life science and analytical instrumentation.

The acquisition also signalled IDEX’s intention to build an optics and photonics business with an annual turnover in the region of $500 million – a level that would be equivalent to around 25% of its total sales.

Ownership of CVI Melles, which currently has about $185 million in annual revenues, will go a long way towards achieving that goal. Combined with IDEX’s earlier acquisitions Semrock, which produces high-end spectroscopic filters, and ATFilms, which makes low-loss laser components and optics for scientific instrumentation, the group will turn over around $220 million.

Discussing the acquisition and IDEX’s wider strategy last month, CEO Larry Kingsley said that the division would be targeting applications that provide significantly higher growth rates than the average for optical markets.

Even so, the strong indication is that IDEX will be looking to build on the CVI Melles Griot deal with other substantial acquisitions in the photonics space to reach its $500 million target.

Consolidation game
Any such consolidatory moves would be welcomed by many of the larger companies operating in the photonics business, it would appear. Speaking at the Laser World of Photonics event in Munich last month, an industry panel featuring CVI Melles Griot CEO Stuart Schoenmann highlighted an appetite for consolidation in photonics, suggesting that this would be a defining feature of the industry over the next two years – in particular at the component level.

In the same discussion, CEOs John Ambroseo from Coherent and David Marks at Qioptiq described the fragmentation of the photonics space as a hindrance to future economic development, partly because of the duplication of research and development resources across various suppliers that could otherwise be focused more effectively.

With a strong presence in the healthcare sector, which is seen as one of the major emerging opportunities for photonics technologies, and a strategy to expand its optics platform, IDEX looks likely to be one of the key drivers of that consolidation. 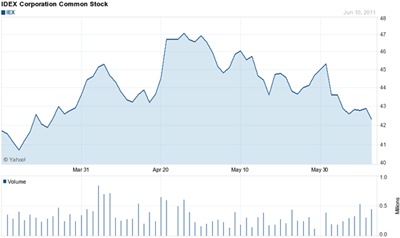 As a former Danaher executive, IDEX CEO Kingsley is highly regarded for driving operational efficiencies, while Schoenmann has already overseen considerable consolidation during his time at CVI Melles Griot.