Cull of 1200 staff in company's Space Systems division to be felt at site that built the solar wings that power the International Space Station. 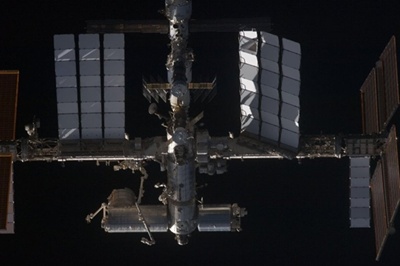 Lockheed Martin’s Space Systems division is to cut 7.5% of its workforce, equivalent to 1200 of the unit’s 16,000 employees, by the end of the year. The headcount reduction will be focused at the managerial level, says Lockheed, which is aiming to cut 25% of an unspecified number of middle managers.

The Space Systems company is perhaps best-known for its space transportation activity, which includes the deployment of numerous satellites and the external fuel tanks for the Space Shuttle program, but it also works on a number of optical technologies. These include laser radar, the Airborne Laser Testbed, solar power arrays and remote sensing systems.

Although the exact distribution of the reduction across the division’s various sites in the US is not yet known, Lockheed has said that the largest impact will be felt at its sites in the Delaware Valley region of Pennsylvania, in Denver, Colorado, and in Sunnyvale, California.

Solar wings
Workers at the Sunnyvale site constructed the four pairs of solar array wings that power the International Space Station – and which remain the most powerful solar arrays ever deployed in orbit around the Earth.

In Colorado, the company has two major facilities working on laser radar technology. Built in 2002, the Colorado Technology Center (CTC-I) in Louisville has fourteen custom-built transmitter/transceiver development laboratories and two clean rooms. The second CTC facility was completed in 2009 and features three clean rooms and an indoor laser range, and the systems developed are tested at a US government site at Table Mountain, near Boulder.

Other high-profile applications of photonics technology within the Space Systems division include the space-based infrared system (SBIRS) constellation of satellites. The first geosynchronous satellite in the constellation, described by Lockheed as “the most technologically advanced military infrared satellite ever developed”, was launched last month – although the program has suffered from major delays and budget over-runs.

The Space Systems division accounted for just under 20% of Lockheed’s total revenues of around $45.8 billion last fiscal year. The headcount reduction comes amid expectations of a significant cut to US defense spending in the country’s fiscal 2012 budget. The precise scale of those cuts is yet to be decided, although many photonics companies operating in the defense and aerospace sector in the industry are bracing themselves for a headline spending reduction of around 15%.