Korean manufacturer responds to Osram's US patent infringement lawsuit with a request for an injunction and damages. 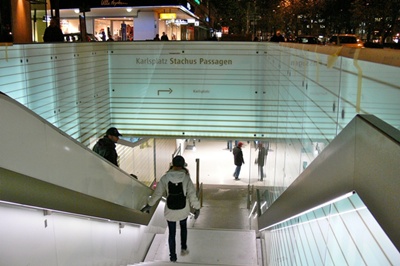 The move is a direct response to Osram’s own legal action in the US against both Samsung and LG, which the German firm, a subsidiary of Siemens, filed on June 6. The suits come as the Osram division is being prepared for a major initial public offering of stock (IPO) later this year.

The two companies are ranked as the world’s second- and third-largest manufacturers of packaged LEDs currently, with Samsung LED having recently overtaken Osram’s Opto Semiconductors division. However, a huge proportion of Samsung’s LEDs are used internally in the parent company’s televisions, and Osram OS remains the second-largest merchant supplier, behind Nichia of Japan.

Samsung LED’s counter-suit cites eight patents used in what it describes as ‘light lenses and high-power applications’, techniques that the company says are used widely in LED headlamp and general illumination applications. Osram’s US lawsuit, filed in Delaware, largely revolves around the phosphor conversion of blue LED light from bare chips into white emission.

The Korean company has hinted strongly at further legal action in the future, saying that the Korean suit is its “first response” to Osram’s initial action. “Samsung LED is developing a measured response,” it added.

IP resources
Like Osram, Samsung says it has a vast portfolio of intellectual property relating to the light-emitting chips, including some 700 US patents and patent applications, as well as 2000 in its domestic intellectual property system. The likelihood is that Samsung will be preparing a further counter-claim against Osram in the US.

"We are developing evidence to show that Samsung LED is not infringing any valid claim of Osram’s patents, as well as evidence of Osram’s unauthorized use of our patents; we are evaluating every contingency and will vigorously defend our technology," said Jun Sung Park, Vice President and the head of the IP and Legal Affairs Team at Samsung LED.

As Osram gears up for its IPO under new CEO Wolfgang Dehen, the LED industry is in the midst of a major ramp in manufacturing capacity led by emerging Chinese producers. Those producers and the Korean pair of Samsung and LG are regarded by the top tier of LED makers - including Osram, Cree and Philips Lumileds – as unable to compete for the highest-value applications (such as general illumination) currently, although this is likely to change in the future.

According to IMS Research analyst Jamie Fox, the rapid investment in gallium nitride LED manufacturing capacity in first Korea and then China over the past two years will continue in 2011, impacting the balance between supply and demand of the chips.

By 2013, that will result in a chip supply nearly 60% greater than demand, further pushing down prices that have already been under pressure this year, says the analyst. Although the trend may help to push LED-based lamps closer to the price levels needed for widespread penetration of the general lighting market, the quality of white light produced by these LEDs is widely regarded as the other crucial factor – and this is the area where Western manufacturers still hold the upper hand.