The manufacturer of novel high-performance LED chips expects sales to shrink further because of what it calls 'aggressive' pricing. 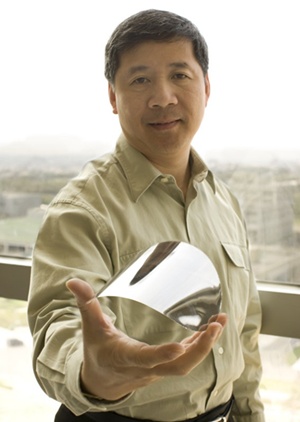 Taiwanese LED maker SemiLEDs saw its share price slip in value again, as it reported a net loss of $1.2 million on second-quarter revenues of $10 million. The company had posted sales of $13 million in the first quarter of its fiscal 2011, and had initially guided a decline to between $10.5 million and $12.5 million.

Not surprisingly, the sales figure and guidance for an even weaker third quarter dragged down SemiLEDs’ stock by more than 15% on April 5. Since rising sharply after listing on the Nasdaq exchange in December 2010, the company has now lost half of its market value, suffering in what CEO Trung Doan described as an “aggressive, competitive pricing environment”.

SemiLEDs produces blue, green and ultraviolet emitters based on gallium nitride semiconductor material, and is focused on the fast-growing solid-state lighting applications market. Its technological approach is unusual – unlike those made by its major competitors, SemiLEDs chips are fabricated on top of a metallic substrate that aids with thermal dissipation.

As a result, the chips are able to produce light at a very high efficacy, and Doan says that the company is about to ramp volume production of the “I-Do” chip, which is rated at up to 135 lm/W.

SemiLEDs is also shifting its production onto a 4-inch wafer platform at its Taiwan manufacturing facility, which should help it to compete more effectively once its wafer yields are improved.

Competitive environment
But in the near-term, the company will remain under pressure from competitors who are already manufacturing LEDs on 4-inch wafers, and who are beginning to transition to the larger 6-inch format. Philips Lumileds, Cree and Osram Opto Semiconductors – all of whom also produce GaN-based chips for general illumination applications – are currently in the process of switching to the larger format, something that ought to make the pricing environment even more competitive once completed.

Very strong market conditions last year saw the LED industry valued at more than $10 billion for the first time in 2010. Analyst Ross Young at IMS Research expects that to continue in 2011, and is predicting a 38% increase in the market for GaN-based LED chips specifically. However, in the near term SemiLEDs will not benefit from that demand ramp, and is expecting its sales to drop to between $6 million and $7 million in the current quarter.

The good news for the company is that thanks to its initial public offering in December, it is in a strong cash position, with $102.6 million in cash and equivalents on its balance sheet. That should give it plenty of breathing space while it transfers manufacturing to 4-inch wafers and strives to improve yields of its high-brightness chips.