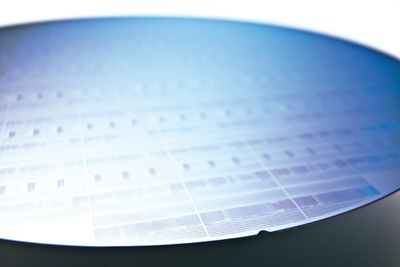 Semiconductor manufacturing is one of the most important markets for vendors of photonics-based equipment, most obviously in the form of lithography steppers and scanners, but also laser production systems for processes such as wafer trimming and chip dicing, as well as optical test and measurement platforms. Laser companies Coherent and Newport saw a huge boom in sales for semiconductor applications throughout 2010, for example.

But last year, it was the lithography sector that benefited the most from the rapid market recovery – although as Gartner points out, all equipment types enjoyed an extremely strong year.

In Gartner’s list of the top-ten vendors of semiconductor manufacturing equipment, Applied Materials remains the leading supplier by sales – it saw revenues grow 137% to just over $6 billion. But ASML was the biggest mover, rising from third place in 2009 to rank second last year, off the back of a 219% sales increase to $5.2 billion. That gave the Netherlands-based company a 13% share of the total market, Gartner added.

Klaus Rinnen, managing vice president at the market analyst firm, said of the bumper year: “The semiconductor equipment market soared in 2010. Driven by the pent-up demand from the 2008 and 2009 downturn, and a stronger economy than projected, 2010 just kept getting better and better.”

ASML also outperformed its Japanese rival Nikon markedly in 2010. Nikon posted “only” a 48% increase in revenues, according to Gartner. As a result, it dropped from sixth place in 2009 to ninth overall, with semiconductor equipment revenues of $1.17 billion. Gartner attributed that swing in market share to ASML’s strength in immersion lithography.

2011 outlook remains positive
Given the volatile, boom-bust nature of the semiconductor business, and of course the recent earthquake and tsunami damage in Japan, 2011 might at first seem ripe for a downturn in equipment spending.

However, optics.org understands from certain key photonics equipment vendors in the semiconductor supply chain that lithography tool shipments are expected to increase once again in 2011 – albeit at a much more modest rate than was witnessed in 2010.

Regarding the impact of the quake in Japan, Gartner’s Rinner said: “Clearly there are some materials supply challenges ahead of the industry in the aftermath of the tragic events in Japan. Recent news points at a narrow avoidance of shortages for silicon and BT resin.”

Another important indicator suggesting that 2011 will likely not see any marked “bust” in semiconductor capital equipment shipments is stability of the book-to-bill ratio reported by the Semiconductor Equipment and Materials International (SEMI) industry group. Last month, SEMI said that North American vendors of semiconductor equipment posted increased bookings, and an improved book-to-bill of 0.87 for February 2011 (based on a three-month moving average).

A book-to-bill of less than unity does mean that less equipment is being ordered now than a few months ago, but crucially the ratio has bounced back from a figure of 0.85 measured in January – suggesting that, for now, there is no sign of the typical drop-off that would indicate an impending slump.

"Billings increased for the third month in a row, while bookings improved over 4 percent from the figure reported in January," said Dan Tracy, senior director of SEMI’s Industry Research & Statistics division, in mid-March. "February bookings are over 25 percent higher than the bookings reported one year ago."

In addition to the regular silicon semiconductor fab spending in 2010, SEMI also notes that 19 new LED fabs started operations last year. In another boost for equipment vendors, it projects that another 27 will come on line this year as LED capacity grows by 50%, primarily a result of LED backlights continuing to penetrate the LCD television market.