LED benefits as Osram gears up for IPO

Parent company Siemens will spin off the giant lighting subsidiary later this year, raising cash to be invested in LED technology development. 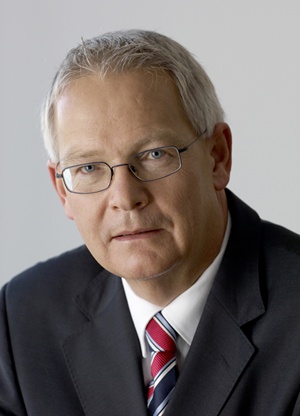 Osram and its LED and laser diode manufacturing subsidiary Osram Opto Semiconductors (Osram OS) are in line for a huge cash boost, after parent company Siemens revealed plans to float the company with an initial public offering (IPO) of stock.

The flotation, which would represent one of the largest ever IPOs in the photonics sector, is scheduled for fall 2011, once Siemens has completed a historical financial audit of the division. However, market conditions will ultimately determine the precise timing of the IPO, as well as its pricing, said Siemens CEO Peter Löscher.

Osram is regarded as one of the world’s “big three” lighting firms, alongside similar divisions of Philips and GE. When the IPO is completed Osram will become the only “pure-play” global lighting brand – assuming that the GE and Philips subsidiaries are not also spun off in the meantime.

The decision, part of a wider restructuring by Siemens, is expected to generate a large cash base that Osram would be able to use to invest heavily in the development of both conventional and organic LEDs as global adoption of solid-state lighting gathers pace. The company recently revealed plans to expand its LED operation by moving to a larger wafer platform, while it is also setting up a pilot manufacturing line for OLEDs.

“Osram is already largely independent of Siemens,” said Löscher. “With the IPO, we want to give Osram complete entrepreneurial freedom to comprehensively further develop its leading competitive position in a lighting market being swept by technological changes.”

LED industry benefits
Ross Young, an LED industry analyst at IMS Research, believes that the move will benefit both LED development at Osram OS and the wider market. "The Osram offering and improved ability to tap capital markets in the future should ensure the company has sufficient capital to invest in LED capacity and R&D, and remain one of the leaders in LEDs, OLEDs and solid state lighting for years to come," he said.

"The spin-off of Osram from Siemens will be beneficial for the LED industry as Osram will be the largest LED manufacturer traded on public markets - which should result in greater visibility and transparency into market developments in LEDs," added Young, whose latest forecast predicts 38% growth of the market for gallium nitride (i.e. blue, green and white) LEDs this year.

LED-related products currently account for around 20% of Osram’s €4.7 million annual revenues, making it close to a billion-euro business already. Ever since its launch in 1999, as part of a joint venture with Siemens’ former semiconductor division Infineon Technologies, Osram OS has always ranked among the leading LED producers by market share.

However in 2010 it was overtaken by Samsung, slipping to third place in the rankings of packaged LED manufacturers – although that is entirely due to Samsung’s focus on the fast-growing market for LED-backlit televisions, which the Korean company has pioneered.

Osram’s focus will increasingly be on the much larger market potential for LEDs and organic LEDs in energy-efficient solid-state lighting. “[The] fast-growing opto semiconductor business is of strategic importance,” said Siemens. It estimates that the current €45 billion market for components, luminaires and lighting solutions will expand to €65 billion by 2016, as a direct result of new semiconductor-based lighting technologies. 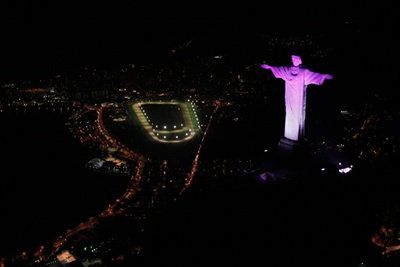 CEO switch
To oversee the transition from Siemens subsidiary to a separate entity, the parent company has decided to install a new CEO. Wolfgang Dehen moves across from Siemens' Energy Sector, while previous Osram CEO Martin Goetzler has agreed to step aside and report to Dehen as the company’s new chief operating officer instead.

“I’m looking forward to bringing [Osram] onto the stock market,” Dehen said. “We want to play a decisive role in shaping the future of the lighting market with green, energy-efficient solutions and products.”

Rumors of the Osram spin-off had been circulating in the financial community for some time, with Bloomberg News reporting a month ahead of the official announcement that Deutsche Bank, Goldman Sachs and Commerzbank had been retained to handle the IPO process.

However, Siemens maintains that the decision to split off the division was made on March 28, and that no banks have yet been mandated. Either way, the parent company is planning to retain a significant stake in Osram, as an “anchor” shareholder.

Executives also said that Osram would be structured with substantial equity, so that it will be able to invest in the new technologies and also ride out what is expected to be a sometimes volatile market. Siemens has bad memories from the similar spin-off of its semiconductor division Infineon just over a decade ago. Infineon launched at a share price of just over €70 in March 2000, but three years later its value had slumped to only €10, where it has remained ever since.

Timeline: 105 years of the Osram business