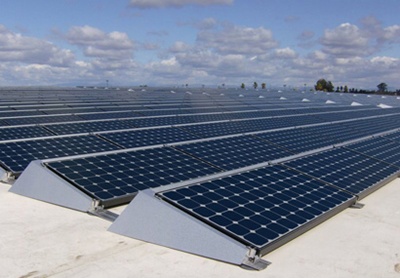 Total, the energy giant considered to be one of the six global players under the “Big Oil” umbrella, is set to make a multi-billion dollar commitment to photovoltaics.

The French multinational is lining up a 60% equity stake in the Californian PV panel and system provider SunPower that values the latter at $2.3 billion – representing close to a 50% premium on SunPower’s closing share value on April 27. In addition, Total says that it will provide up to $1 billion of credit support to SunPower over the next five years.

The boards of both companies have already approved the deal, and Total has stated that SunPower will continue to operate with its existing management team. However, one of the terms of the agreement is that Total will nominate a majority of directors to the SunPower board, which will expand to eleven members.

Material addition
With the current concerns over the future of government-backed loan guarantees in the US because of their politically divisive nature, this private sector support can be seen as a significant sign of a maturing solar sector at a critical time.

Although growing fast, photovoltaics still only makes up a tiny fraction of the world’s global energy supply, and a three-fold reduction in costs is widely regarded as necessary to reach a unit generating price that is competitive with conventional fuels. For example, a new report from Bloomberg New Energy Finance suggests that, even with the rapid progress being made, solar is still only likely to represent 1% of global energy supply by 2020.

"Solar is becoming a material addition to the new generation portfolio around the world, with more than 40,000 MW of solar photovoltaic power installed globally," said SunPower CEO Tom Werner, referring to cumulative installations to date. “Our relationship with Total will improve our capital structure, enabling SunPower to accelerate our power plant and commercial development businesses, and expand our manufacturing capacity with lower cash requirements."

Philippe Boisseau, the president of Total’s Gas and Power Division, added: "The world future energy balance will be the result of a long-term transition in which renewable energies will take their place alongside conventional resources."

Aside from the positive impact on SunPower’s capital structure, the Total investment also includes a new research and collaboration agreement to further advance photovolotaics and edge closer to the cost-reduction target outlined above.

The move by Total represents the second major investment by a leading “old energy” company in the past couple of weeks, after General Electric committed $600 million to ramping CdTe solar panel production at a new facility in the US through PrimeStar Solar.

Total says that it expects to begin its “friendly” tender offer within ten business days (of April 28). Assuming completion of the transaction, SunPower's shares will continue to trade on Nasdaq under the symbols "SPWRA" and "SPWRB." The closing of the tender offer is conditioned on a minimum of 50% of the outstanding shares of each of the Class A and Class B common stock of SunPower being tendered, as well as clearance by US and European Union antitrust authorities, and other customary closing conditions.