Growth in all areas lifts the company's results, and a new Taiwan technology center will support the LED market. 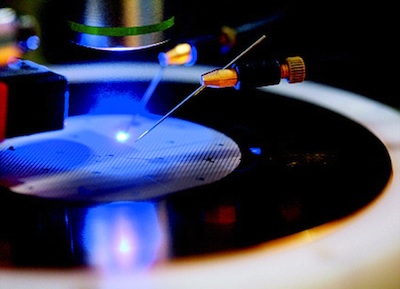 Full order books for its laser spike annealing and lithography steppers contributed to a healthy first quarter of fiscal 2011 for Ultratech, and the company's management are facing the coming year in confident mood.

"I have been with Ultratech for 20 years and I have never seen such momentum in each of our products," chairman and CEO Arthur Zafiropoulo said during the announcement of the company's Q1 results. "New systems bookings and future projected orders are providing the best visibility we have had in more than a decade."

Ultratech reported net sales of $47.4 million for Q1 2011, compared to $27.5 million in the first quarter of fiscal 2010. The company's net income for the quarter was $7.9 million, up substantially from the $1.9 million reported for the same quarter last year.

"We have essentially filled our order book for 2011, and are now quoting delivery in the first quarter of 2012," said Bruce Wright, Ultratech CFO. "Second quarter revenue could be up by ten percent compared to Q1, and for the full year 2011 we are now modeling revenue of $200 million to $220 million." Wright was even prepared to indicate some initial guidance for 2012, which the company believes could see revenues rise by as much as 40% sequentially compared to 2011.

Strong bookings for advanced packaging lithography steppers and the company's LSA101 laser spike annealing product helped to drive the quarter's results: lithography represented 66% of new systems bookings, with LSA product accounting for the remaining 34%. All LSA orders were from Asia and destined for foundry use, according to Zafiropoulo.

Ramping up for HB-LEDs
Having predicted big business in the high-brightness LED (HB-LED) market for some time, the company is now finding its faith rewarded.

"In the next two quarters we see very strong order potential in the HB-LED space, which has led us to increase our production ramp in 2011 and project it into 2012," said Zafiropoulo. "The primary focus for this growth is from China. We will be opening a Technology Development Center for high-brightness LEDs in Taiwan in the second half of this year, to support the rapid expansion in the area."

Zafiropoulo spoke from Ultratech's Singapore facility, which was hosting the first board meeting held outside the US by the company since 1993. Ultratech currently has a total production capacity of 80 systems per year across its product range but is running far below that at present, according to the CEO, who also indicated that the earthquake and tsunami in Japan have not had a significant effect on the company. Zafiropoulo noted that Ultratech supplements its just-in-time inventory with a "just-in-case" approach, and held sufficient stock of critical items such as its special optical glass to run through to the middle of 2012.

"We will see growth in all three of our product areas next year," he said. "The laser technology area will really increase and see the results that we have expected for years, but we also still see growth and lots of upside in advanced packaging, and are preparing for the acceleration in LED steppers too. We are ramping up production in Singapore as fast as we can and doing the same thing in our San Jose, California, plant. So all three product lines are on fire."

*The markets responded positively, and Ultratech shares rose by eight percent in early trading after the announcement.