Buying out Ushio's share of the joint venture removes uncertainty about the partners' competing EUV interests. 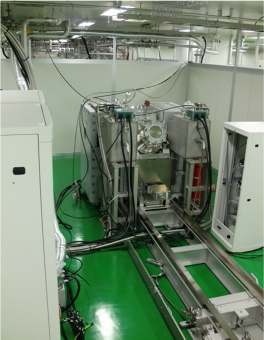 Gigaphoton, founded as a 50:50 joint venture of Komatsu and Ushio, is to be a joint venture no longer. The two companies have agreed that Komatsu will buy out Ushio's interest in Gigaphoton by mid-May 2011.

The move is intended to address what company president Yuji Watanabe described as Gigaphoton's "urgent need for the research and development of extreme UV light sources for next-generation lithography tools."

Gigaphoton has developed a process for generating extreme UV (EUV) by firing a CO2 laser at droplets of metallic tin, an approach similar to that used by Cymer. However, Gigaphoton has augmented its technique with an additional laser source, believing that more EUV energy is produced as a result.

The potential for commercial uncertainty arises because Ushio is working on an alternative approach, using discharge-produced plasma to generate the EUV. Once the two methods become ready for prime-time, the partner companies could find themselves competing for the same commercial applications. Terminating the mutual agreement will free both companies to pursue growth within the sector.

"With regard to EUV, Gigaphoton continues to aggressively pursue the laser-produced plama technology solution," said Ivan Kimijima, president of Gigaphoton USA. "We believe that closer association with Komatsu will focus and enhance our competitive position in the excimer laser business and in research and development of next-generation lithography tools."

Phil Alibrandi of Gigaphoton USA noted that "Gigaphoton's EUV program has always been closely aligned with Komatsu for both scientists and other resources. This partnership will continue and will grow. Given the current state of our EUV source, Gigaphoton is moving forward with commercialization and support infrastructure."