The LED company is hit by weaker chip demand and price declines, but says momentum in LED lighting remains strong. 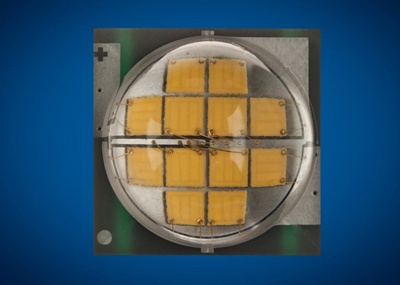 LED manufacturer Cree is pushing ahead with a move to produce devices on larger wafers, despite the current weakness in the market that has depressed prices and hit the company’s sales and profits.

For the latest financial quarter, ending March 27, the Durham, NC, company – which makes LED chips, components and lighting products – posted a 15% sequential decline in sales to $219.2 million, having cut its initial guidance for the quarter significantly.

On the bottom line, the decline was even more pronounced, as Cree reported a net profit of $18.9 million, down by about 60% both sequentially and on a year-over-year basis. CEO Chuck Swoboda said that current demand for Cree’s LED chips and components remained weak, as a substantial build-up of inventory in the supply chain is worked through.

Swoboda said that the backlog was taking longer to clear than had been anticipated initially. Echoing the difficulties faced by fellow chip manufacturer SemiLEDs, the CEO blamed a “very aggressive pricing environment”, and added that visibility of future demand remains very limited.

Underlying confidence
But despite those current concerns, the company remains highly confident about the long-term prospects for LED-based lighting in particular. Swoboda noted that sales of these products, which includes the lamps that it sells to Home Depot, grew at a rate of more than 10% sequentially. Although those products do not make up a huge slice of Cree’s overall revenues, the company sees them as the ideal way to introduce solid-state lighting to parts of the market that are currently underserved by the technology.

A sign of the company’s underlying confidence in the emerging sector is its planned switch to a larger manufacturing format over the next few quarters. Having moved from 3-inch to 4-inch wafer production just a couple of years ago, Cree is about to take the next step, to a 6-inch platform. That switch will significantly increase its manufacturing capacity (twice as many LED chips can be fabricated on the same number of wafers), while also improving yields and, ultimately, cutting the cost of LED production.

That final point is crucial for LED-based lighting to expand upon its current share of the wider market for general lighting, which Swoboda estimates at slightly less than 5% currently. Although the move to the larger production platform will take place in stages, starting with processes based on its home-grown silicon carbide materials later this year, the CEO believes that the change will ultimately yield a 30% cost reduction once all processes are completed and fully qualified.

But that cost reduction figure also assumes high fab utilization, something that will require a significant upturn from the current level of demand from Cree’s customers. As a result, the company will look to manage the switch carefully to protect its margins in the meantime.

Market stimulation
In a bid to further stimulate the emerging LED lighting market, Cree has released a wealth of new products in recent months, for example its XLamp MT-G LED to replace high-output MR16 halogen lamps. Other significant moves include the extension of an agreement with Zumtobel Lighting, which gives Cree good access to the European lighting market, and a cross-license agreement with rival Osram.

Like Cree, Osram’s LED-making Opto Semiconductors subsidiary is transitioning to 6-inch wafer production, as is Philips Lumileds. The widespread move by the LED makers that are specifically targeting general lighting applications is expected to drive down the per-lumen cost of solid-state lighting significantly, making the technology much more competitive with conventional approaches and ultimately expanding the market penetration from the current 5% level.

Aside from the capacity increases at those three companies, a huge amount of additional LED-making capacity is also now coming online in China and Korea, and helping to depress chip prices. However, Cree believes that its products remain of significantly higher quality – and that the impact of the Chinese expansion in particular will have a relatively small impact on general lighting applications.

For the current quarter, Cree is wary of a slow recovery in Asia, and also pointed to risks caused by the earthquake and tsunami in Japan as it guided a modest return to growth. Overall, the company said that it expected revenues to bounce back to between $225 million and $245 million.