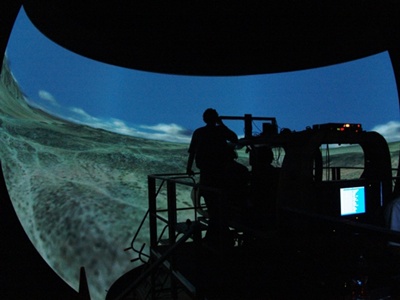 The JTAC LTD is being procured to meet the requirements of an urgent universal needs statement. It is a lightweight, man-portable, state-of-the-art laser target designator/marker that permits warfighters to rapidly bring effective fires to bear on hostile targets.

Work will be performed in Merrimack, and is expected to be completed March 2016. Contract funds will expire at the end of the current fiscal year. This contract was competitively procured through full and open competition via the Navy Electronic Commerce Online website, with three offers received. The Marine Corps System Command, Quantico, Va., is the contracting activity (M67854-11-C-6002).

The resulting contract will provide life cycle contractor support to the 160th Special Operations Aviation Regiment (Airborne) as well as the Army, Air Force, Navy and Marine components, for FLIR and EOSS systems, and subsystems for ancillary equipment.

The work will be performed in McKinney, Texas, and El Segundo, California. The contract performance period ends Feb. 28, 2015. This contract was awarded through sole source procedures in accordance with FAR 6.302-1. Technical Applications Contracting Office is the contracting activity (H92241-11-D-0002).

AMRDEC is housed within Redstone Arsenal – the Army’s focal point for providing research, development, engineering and technology, and services for aviation and missile platforms. The BHIVE is just one of AMRDEC’s capabilities.

The Matrix StIM projectors create a screen that provides a 70-degree vertical and 180-degree horizontal field-of-view (FOV), with the dome accommodating five cockpit simulators, each representing a different aircraft.

"The projectors in the Battlefield Highly Immersive Environment (BHIVE) within the US Army Aviation and Missile Research Development and Engineering Center's Advanced Prototyping, Engineering and Experimentation Laboratory were about ten years old and nearing the end of their lifespan,” said AMRDEC spokesperson Merv Brokke.

“We decided it was necessary, in order to continue accomplishing our mission, that we invest in new display technology and purchased six Christie Matrix StIM LED-based projectors.”