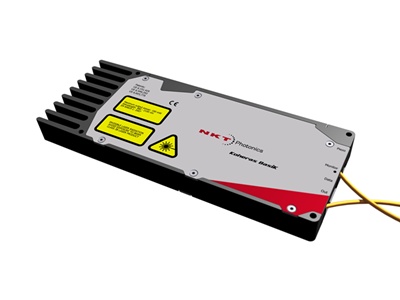 Denmark-based NKT Photonics has signed a volume deal to supply an oil exploration company with low-noise BasiK fiber lasers from its Koheras division.

The agreement follows a ten-year period of qualification tests, according to NKT’s chief executive Jakob Skov: “The contract is a testimony to the strength and maturity of our modular Koheras fiber laser platform,” he said.

“The combination of the harsh environment and high precision needed for seismic oil exploration is especially challenging, and it’s a breakthrough that our products have now been qualified for this extremely demanding application.”

Although NKT wouldn’t reveal the exact size of the supply contract, the company indicated to optics.org that it was a substantial deal, with the potential to expand in the future. “This is our biggest project of this kind, to date,” said Kim Hansen, product manager in NKT’s Fiber Technology Group.

Follow-up potential
“The current contract will be completed in 2011,” added Hansen. “If the deployment is successful - which we definitely expect after the long qualification time - we expect follow up projects on a larger scale running over the coming years.”

The fiber lasers will help to map the distribution of oil in a large field below the sea bed, by providing an ultra-stable light source with which to interrogate a network of optical fiber interferometers.

The sensors work by acoustic interferometry, so that when a deep-sea charge is set off close to the network, subtle differences in the reflection of the resulting acoustic field can indicate the presence of different types of sediment.

This acoustic reflection generates only a tiny phase change on the signal within the fiber network, but because the BasiK lasers have such a low phase noise (see NKT’s specifications for more details), they are able to distinguish it from the noise. Imaging techniques then interpret the signal variations across the network to indicate the composition of the sediment at the sea bed, and map the extent of an oil field.

NKT told optics.org that the major challenge in securing the contract has been the extreme conservatism of the oil industry. But after a decade of tests, it seems that end users are now becoming convinced of the viability of optical sensing, and its potential for enabling oil companies to maximize extraction.

The vast majority of seismic sensors in use today are electronic, but it seems that photonic versions are now gaining a foothold – for example a 200 km-long optical sensor network is now in operation in Norway’s Ekofisk field after deployment by ConocoPhillips.

NKT’s BasiK fiber laser modules are available in various continuous-wave configurations, at output powers of up to 40 mW. As well as sensor interferometry for oil exploration, they have found use in spectroscopy, motion detection and LIDAR applications. Last month, NKT said that it was to supply 200 BasiK modules for a sensing application in the security market.