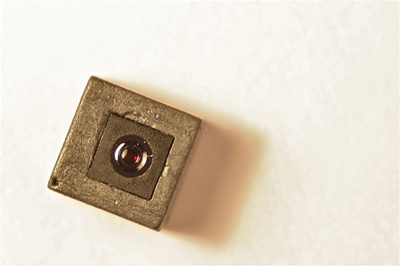 Morocco-based Nemotek Technologie, which specializes in wafer-level cameras, packaging and customized optics, is expanding its European presence through a new distribution partnership with Xipeq.

According to the two companies, their new partnership addresses the need for advanced camera solutions in various innovative applications, such as mobile phones, security and medical devices.

“Business in Europe is growing rapidly with the demand for ultra small camera solutions in the micro electronics market,” said Kurt Willimann, director of sales at Xipeq. “The partnership between Nemotek and Xipeq will address this booming sector, providing the European market with greater accessibility to Nemotek’s miniaturized wafer-level offerings.”

In-house design team
Nemotek, which is based at the government-owned Technopolis Park in Rabat, Morocco, has developed its offering considerably since certifying Africa’s very first Class 10 clean room in May 2009. Initially focused on wafer-level packaging through a licensing deal with Tessera, the company now also offers customized wafer-level optics and cameras, aided by an in-house design team, and full testing operations.

It attended the recent Mobile World Congress event in Barcelona, and there is no doubt that the mobile handset market is the company’s largest target market. Ali Elyazghi, a senior engineer at Nemotek, told optics.org: "At Mobile World Congress, we did notice a lot more interest for the wafer-level camera. I think our new smaller size and improved image quality was well received.”

Nemotek aside, Morocco has almost no optics industry to speak of, but the firm sees itself in a good location to service the booming smart phone markets in Europe and the Middle East in particular. This latest distribution agreement follows a similar deal to expand into the Korean market, one of the key global locations for mobile handset production.

The advanced lenses that Nemotek can produce using its wafer-level processes have other applications too – for example multi-element lenses in security and medicine, where a wide field of view is beneficial in applications such as closed-circuit TV or endoscopy.