In a move that should cut the cost of producing lighting-class LEDs, the top-tier manufacturer is migrating to larger wafers during 2011. 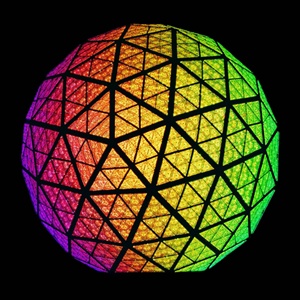 by Rich Donnelly in San Jose
Philips Lumileds plans to completely convert its LED production to a 6-inch (150mm) gallium nitride wafer platform by the end of 2011, according to company spokesman Steve Landau.

Announced in December 2010, Philips was first in the industry to move to the larger format, switching from a 3-inch platform used previously. The move enables production of four times as many LEDs from a single wafer.

"This is a particularly important move for us and the industry as a whole," said Landau, Philips Lumileds’ director of marketing and communications, in an interview at company headquarters in San Jose, California. "We expect others will follow our lead." For Philips, he said: "It significantly expands our capacity without having to add lots and lots of reactors."

Landau added that the San Jose facility is not yet running at full capacity, and the company does not anticipate having to relocate or expand in the foreseeable future, saying: "We still have room to grow."

Growing demand
Demand for GaN-based white LEDs is expected to continue growing significantly, because of the wide range of applications that are expected to convert from conventional to solid-state technology, Landau said. "The industry needs certainty of supply, in addition to actions by the industry that help to drive down costs, make the product more efficient, more accessible, and easier to use. We get a lot of this by moving from a 3-inch to a 6-inch platform."

“We have our reactors up and running; we are producing material for production as of the end of last year. We expect by the end of this year that we will have converted over to the six-inch platform as our primary platform.”

Philips produces LED epiwafers at its San Jose facility, with its main back-end manufacturing and packaging facilities located in Singapore and Penang, Malaysia.

Regarding future moves to even larger wafers, Landau said that although there was no definitive "next step" beyond the 6-inch wafer - in contrast to the path taken by the mainstream silicon semiconductor industry – such a move would happen eventually:, "I don't think that when we look back ten years from now that we'll see an industry that stopped at six-inch," he said.

Philips produces high-brightness LEDs for illumination (typically defined as devices driven at 350 mA or higher), mainly its Luxeon brand of chips, as well as lower-power LEDs for signaling applications.

Bigger and better
In a wider context, the switch to a 6-inch manufacturing platform is seen by some as one of the key developments needed to lower the cost of high-performance LEDs sufficiently to enable their penetration into the mass markets for commercial and residential lighting applications. For example, the Semiconductor Equipment and Materials International (SEMI) organization highlighted such a switch as necessary in its September 2009 roadmap for the solid-state lighting industry, written in collaboration with the US Department of Energy.

That need to reduce LED costs was echoed in a subsequent report by Navigant Consulting published in February 2010 on the energy-saving potential of SSL in general illumination applications. In that report, Navigant concluded that by 2030, LED lighting would deliver annual savings of 190 TWh in the US (compared with a reference, non-SSL scenario).

Cree, another US-based LED manufacturer and a keen rival to Lumileds, has already indicated its own switch to 6-inch wafer production – although it typically uses SiC substrates rather than the more conventional industry choice of sapphire. Cree is believed to be at an earlier stage of migration to the larger format, having taken an additional step by manufacturing on a 4-inch SiC format.

Rubicon Technology, a key supplier of the large-diameter sapphire wafers used in LED production, announced in mid-2010 that it had received a $71 million order for 6-inch material from a major LED producer. And just last month, the company, which has been investing heavily in sapphire production in anticipation of moves like that from Philips Lumileds, said that it could now make 12-inch material – the same wafer size used by the leading silicon chip manufacturers presently.

But when or if LED makers will seek to produce their chips on a 12-inch platform remains unknown at this stage.

Rich Donnelly is the Editor of SPIE Newsroom. Additional reporting by Mike Hatcher.