High-brightness white LEDs made by US company Cree expected to reduce energy consumption by 60% compared with sodium lamps. 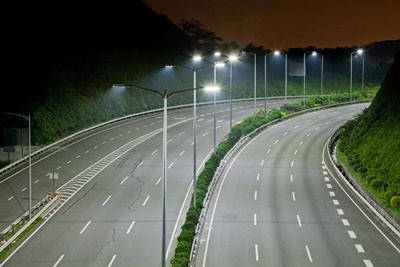 LED-based fixtures newly installed on nearly 75 miles of roadway in China will dramatically cut energy consumption and provide a return on investment in just four years, according to companies closely involved in the project.

The Shenzhen Highway Project, part of an infrastructure upgrade for China’s hosting of the 2011 Summer Universidade sports event in August, features no fewer than a million high-brightness, high-efficiency white LEDs supplied by Cree, says the US manufacturer.

According to Cree, its XLamp XP-G and XP-HEW products feature in new lights on four highways, as well as the Dameisha Tunnel. Kingsun Optoelectronic, the Chinese LED lighting company that selected the Cree components, installed a combination of its 270 W and 300 W luminaires along the highways, where they should produce an average illumination of more than 20 lux - the Chinese standard for major roads.

The LED-based lamps have replaced traditional high-pressure sodium fixtures. As well as changing the color of the illumination from orange to white, figures from Kingsun suggest that the associated energy savings – the LED lamps are expected to consume 60% less energy than the sodium fixtures that they replaced – will pay for the up-front cost of the installation in approximately four years.

One of the main advantages of LED lighting in roadway illumination, and a factor that shortens the payback period of the technology compared with office or domestic lighting applications, is the low level of maintenance required. In comparison, conventional lighting technologies like high-pressure sodium lamps require relatively frequent maintenance – expensive, time-consuming and potentially hazardous on a busy highway.

Lumen output
China has been one of the world’s early adopters of LED lighting technology, particularly in streetlighting applications, but this Shenzhen project represents the largest such highway lighting upgrade in the country yet. Recently completed, it features some 10,000 streetlights.

Tang Guoqing, general manager of Cree China sales, stressed the importance of both efficacy and total lumen output – historically the latter has been the weak point of LED lighting – for this kind of major infrastructure upgrade. "LED lighting is the ideal solution," he said.

Meanwhile Cree recently made clear its intention in the outdoor lighting sector with the acquisition of Ruud Lighting, in a deal valued at $525 million after tax benefits are taken into account. The company, founded by Alan Ruud in 1982, has been credited by Cree’s CEO Chuck Swoboda as developing the first viable LED-based streetlight. 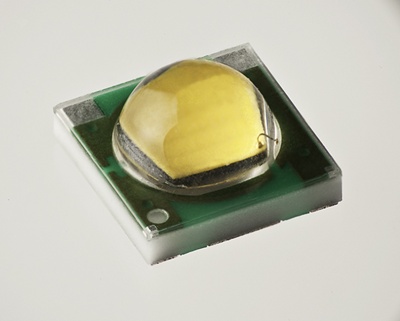 Prior to the acquisition, Ruud had already been lined up as a key supplier to an even larger LED streetlighting project – this time in California. Authorities in Los Angeles are due to retrofit some 140,000 streetlights with LEDs, which is believed to be the largest such project in the US.

Moving up the lighting value chain in this way has been a characterizing feature of Cree’s business strategy in recent years, as it seeks to build on its original core expertise in LED production and create a company that is less exposed to declines in the average selling prices (ASP) of the chips that it makes.

With the market flooded by LED manufacturers in Korea and China ramping capacity over the past couple of years, such declines have been a notable feature in 2011. That trend has been reflected in Cree’s falling share price, even though the North Carolina-based company is focused at the high end of the market, where price declines have been less marked. Cree will report its latest quarterly financials – and its first since the Ruud Lighting acquisition – on October 18.