Japanese electronics giant is thought to be part of a dual-sourcing strategy in Apple's iPhone 4S. 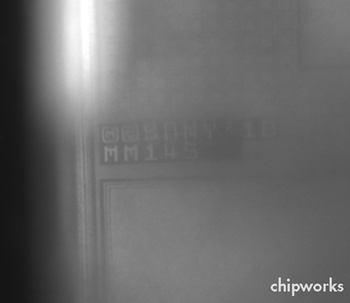 A tear-down of the Apple iPhone 4S by Chipworks has revealed that Sony is supplying CMOS image sensors for the latest generation of the world’s most popular smart phone handset.

Canada-based Chipworks, which carries out reverse engineering and technical competitive analysis in the electronics field, stresses that the finding does not mean that all the new models feature the component as the initial teardown is only representative of a single model.

In fact, Apple has a history of dual-sourcing key components, of which the image sensor is one, and Chipworks had previously speculated that OmniVision and Sony may be used as dual sources this time around. “It will take analyzing a sampling of phones from around the world to see if indeed Apple has dual-sourced this camera,” said Chipworks in a blog posting on October 14.

“Our understanding from our industry contacts over the last six to eight months indicates that Apple will dual-source the primary 8 megapixel [back illuminated] CMOS image sensor,” it added. That development also represents a step up from a front-illuminated 5 megapixel sensor used previously.

Chipworks says that the basic optical assembly seen in the camera element of the new iPhone looks very similar to the previous model, and is capable of delivering full high-definition video at a rate of 30 frames per second.

The lens asembly could be seen in an X-ray image, but only after observing the torn-down handset under an infrared microscope did some blurry evidence of the Sony device become apparent. “The image isn’t beautiful, but it’s enough to tell us that Sony is in our particular iPhone 4S,” its experts concluded.

Chipworks also confirmed that the touch-screen controller for the new handset had, like its predecessors, been provided by Texas Instruments (TI). The only difference with previous models is that TI’s chip now comes in a wafer-scale package, which helps to cut costs.

Apple said that it sold more than four million iPhone 4S handsets over the first weekend of sales - and has highlighted the new optical performance of the "all-new" camera in its marketing.

• Omnivision’s stock price dropped suddenly at around the same time that Chipworks published its analysis, with the company losing around 10% of its value in late trading on October 14. The iPhone 4 design featured a sensor from Omnivision