Additional GBP50M will aid graphene commercialization, with another GBP3.5M for the European Extremely Large Telescope. 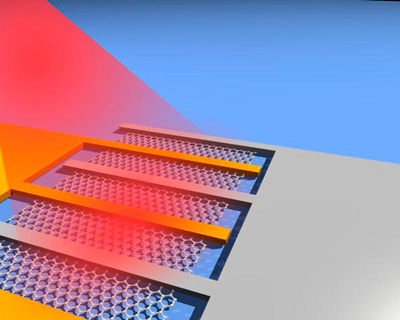 The UK’s coalition government is to commit significant additional funds to the development of graphene, while adaptive optics has also received a boost, as the country bids to stimulate innovation in what are seen as key technologies.

The Department for Business, Innovation and Skills (BIS) announced on October 3 that it would plough £50 million into what it is calling a “Graphene Global Research and Technology Hub” – subject to full approval by the Engineering and Physical Sciences Research Council (EPSRC) and Technology Strategy Board (TSB).

That investment is in addition to the existing ring-fenced science budget, says BIS, and looks to build on the £16 million of funding that the EPSRC has already awarded to graphene research since the material was discovered at the UK’s University of Manchester – and for which the scientists Andre Geim and Konstantin Novoselov were awarded the 2010 Nobel Prize in Physics.

Graphene’s remarkable physical properties mean that it has a number of potential applications, from touch-screen electronics to sensors, conducting inks and aircraft wings - with graphene lasers and photodetectors also demonstrated. As yet, none of those applications have been commercialized, but UK politicians want to ensure through funding the graphene “hub” that leading researchers stay in the country, leverage private investment and nurture a high-tech industry based around the material.

Understandably, researchers and institutions have welcomed the investment. Novoselov said: “With the enormous interest this material has already generated around the world, we expect to be able to convert our world-leading research expertise into real technologies. The research hub will certainly allow us to explore deeper into the vast applied potential of graphene, but also will lead to many new exciting results, continuing the scientific excellence in the UK.”

Stiff competition
Though it is home to the graphene discoverers, when it comes to future commercialization of the technology the UK will face stiff competition from both competing academic institutions and many of the world’s largest technology companies.

Karl Coleman, a graphene researcher at the UK’s University of Durham, is also the founder of Durham Graphene Science, a spin-out company that is among the first to produce the material commercially – in the form of CVD-grown powders and films.

“We were very excited about the announcement and were very pleased to see UK success and innovation in graphene recognized,” Coleman told optics.org. “We hope our spin-out can benefit from the fund and use it to accelerate growth so that large-scale production is realized earlier - and of course use it to increase our IP portfolio.”

Coleman thinks that manufacturing ought to be one of the priority areas for the future technology hub, and also points out that graphene applications go beyond the high-profile areas of electronics, displays and aerospace. “[We] would like to see the hub include what we sometimes call the 'low hanging fruits' such as capacitors, conducting inks and composites, to name just a few, that are likely to be commercialized much sooner,” he said.

One of the key challenges for commercializing graphene will be in developing key intellectual property relating to production methods and applications. That is likely to be a minefield, with vast numbers of patents already in the application process, and Coleman says that important patents are yet to really emerge from that process.

Patent race
But there is no shortage of effort. Some recent US patents covering graphene technologies that have been awarded to major corporations include ultra-sensitive detectors from IBM, thin-film magnetic heads from the Japanese company TDK, 3D electronics with graphene sidewalls from Advanced Micro Devcices (AMD), and transparent conductive films by Hitachi. Meanwhile Samsung has been granted a patent covering a method for manufacturing graphene sheets and another for “quantum interference” transistors.

Given the resources at the disposal of such huge commercial organizations, it is difficult to predict just how much impact even a £50 million investment may have – and it may be that the UK will be better served by looking beyond electronics applications:

“It is not all about electronics,” said Coleman. “Graphene has the potential to impact many different fields and a UK hub could go some way in developing and commercializing some of these other applications. Going head-to-head with some of these large corporate is perhaps not wise, but the UK strength has always been innovation and I am sure that the UK, with the rest of Europe, will have a very important part to play.” 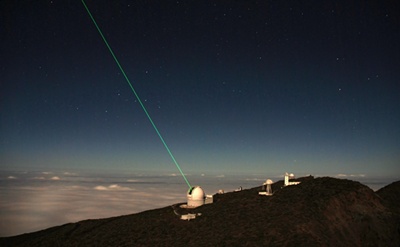 • In a lower-profile announcement on September 30, the UK’s Science & Technology Facilities Council (STFC) said that £3.5 million of funding earmarked for the European Extremely Large Telescope (E-ELT) - set to become the world's largest optical telescope - would put UK astronomers in a position to take a lead role on the project.

However, the telescope does not yet have final approval to begin construction, and a decision on whether it will be built is expected in December this year. The preliminary STFC funding comes after the UK took part in early-stage studies of “HARMONI” – a wide-band spectrograph for the telescope.

Another element of the funding program is an adaptive optics project called “CANARY”, which in combination with funding from France will aid the development of a four-laser system to produce guide stars - a key part of adaptive optical systems that reduce image blurring caused by the Earth’s atmosphere.