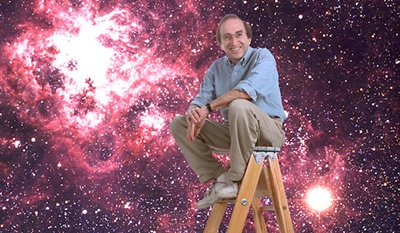 A trio of US-born supernova hunters has won the 2011 Nobel Prize in Physics. Saul Perlmutter, Brian Schmidt and Adam Riess share the prize for their 1998 discovery that distant supernovae were not as bright as had been expected – and the implication that the universe was expanding at an ever faster rate.

Schmidt is now based at the Australian National University in Canberra, while Perlmutter is at the Lawrence Berkeley National Laboratory (LBNL) and Riess is at Johns Hopkins University.

In the 1990s the three scientists, using state-of-the-art telescopes and exploiting recent advances in CCD imaging sensors, were able to measure the brightness of “type 1A” supernovae in distant galaxies. The giant explosions are caused by the death of stars known as white dwarfs. The same process of collapse and runaway fusion rips the dying stars apart within seconds, and for just a few weeks the objects become some of the brightest in the night sky.

Because they are all sparked by exactly the same process, the intrinsic brightness of these supernovae is consistent – meaning that they can be used as “standard candles”, in astronomical parlance, to measure cosmic distances.

Thanks to the fast-improving performance of CCD imagers at the time, the supernova hunters were able to view a reasonably large sample of the extremely rare events – the last to occur in the Milky Way was in 1572 – for the first time. After observing tens of supernovae per scan, they found a surprise result – the distant “candles” were not as bright as they should have been. The reason was that they were actually further away than predicted, meaning that the universe was expanding faster than had previously been thought. 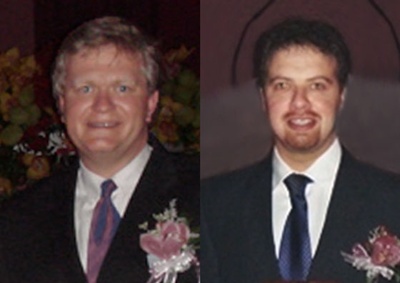 “Crazy result”
Responding to the award from Canberra in a press conference held by the Nobel Committee, winner Brian Schmidt said he felt “weak at the knees” on learning that he had won the prestigious prize.

Recalling the 1998 discovery, when the scientist was in his early thirties, Schmidt described the observations as “perplexing”, and a “crazy result” that he only reported with trepidation.

Nearly 15 years later, those results are now regarded as correct, and other experiments have backed up the theory that the universe is indeed expanding at an ever faster rate.

But the big question that remains unanswered is what exactly is driving that expansion – a gap in scientific knowledge that has been filled by the invention of the mystery “dark energy” by physicists. Schmidt’s preferred explanation is the idea first posited by Einstein, in which space itself has an associated energy, and that this would drive a runaway expansion of the universe.

The new Nobel laureates will share a cash prize of SEK 10 million ($1.44 million) between them. All three are young scientists - at the time of their discovery Riess was in his late twenties, while both Perlmutter and Schmidt were in their thirties.

In 2009, the Nobel Prize in Physics was awarded partly for the invention of the imaging semiconductor circuit – now widely known as the CCD sensor – a technology that proved to be central to the 2011 award, as it enabled the observation of several type 1A supernovae in distant galaxies in a single scan for the first time.