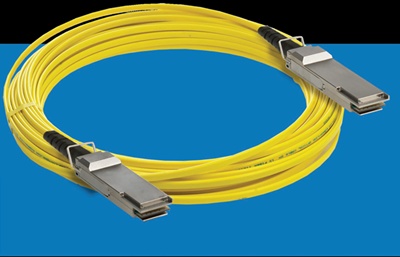 Luxtera, which started up in 2001 and raised nearly $30 million in equity financing in June 2009, is to transfer all aspects of its existing and future active optical cable business to Molex, including its existing “Blazar” and 40 Gb/s optical transceiver products. Molex will now manufacture and market those products worldwide for high-speed connectivity applications including data centers and supercomputing.

The deal will give Molex an immediate, high-performance addition to its existing family of interconnect products, and will leave Luxtera free to focus on the development of silicon photonics technology. Future product planning will become a joint effort by the two firms, as they target connectivity rates of 50 Gb/s and beyond.

Luxtera CEO Greg Young said of the partnership: “This agreement is a milestone validating the growing commercial significance of silicon photonics.”

Luxtera is regarded as one of the leading exponents of silicon photonics, and was the first company to deliver any significant level of integration based on the technology in a commercial form.

According to Jean-Marc Fedeli from CEA Leti, another center of excellence in the emerging field, the recent high-profile announcement of photonic and electronic integration in silicon by IBM researchers was comparable to that already achieved by Luxtera. Both Luxtera’s and IBM’s approaches deal with all of the necessary photonic elements, aside from the key fact that it does not include a laser element.

Although silicon photonics remains at a very early commercial stage, the high-profile involvement of both IBM and Intel, which last year demonstrated a 50 Gb/s link based on silicon devices and hybrid silicon/indium phosphide laser diodes, has added significant momentum to the field in recent months.

The deal between Molex and Luxtera also includes an exclusive agreement for Luxtera to develop and supply advanced chipsets for future Molex products, based on silicon photonics devices and used in four-channel 25 Gb/s links for 100 Gb/s Ethernet and InfiniBand commercial deployments.