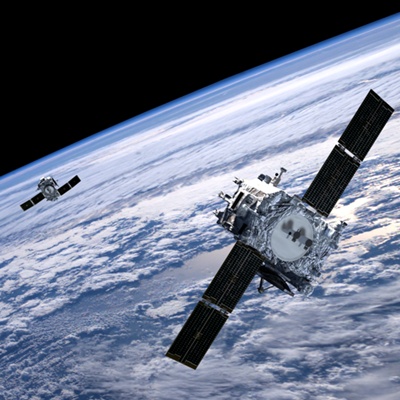 Emcore, one of the world’s leading producers of multi-junction, high-efficiency solar cells, has won a $10 million contract to supply solar panels for spacecraft that will study the Earth’s magnetosphere and so-called “space weather”.

Scheduled to launch in 2014, NASA’s Magnetospheric Multiscale (MMS) mission will feature four spacecraft with identical instruments, each of which will be powered by Emcore’s cells and panels. The agreed deal is for 32 separate panels, each using the company’s ZTJ solar cells - third-generation triple-junction devices based on compound semiconductor materials.

Those cells, which are capable of 30% solar conversion efficiency, will be manufactured at Emcore’s Albuquerque, New Mexico, production facility. At the same site, the company produces similar cells for terrestrial concentrated photovoltaics (CPV) applications, capable of up to 39% conversion efficiencies (although in December 2010 it finalized an agreement with a Chinese partner to establish its "Suncore" joint venture company to make CPV cells in the country).

"This NASA contract is a significant award for Emcore," said Christopher Larocca, Emcore’s chief operating officer. "Under a previous contract, we delivered solar panels for NASA GSFC's Lunar Reconnaissance Orbiter mission, which is currently powering the spacecraft orbiting the Moon. Winning this new contract accelerates Emcore’s efforts to be the premier supplier of solar panels for demanding spacecraft power systems."

According to NASA’s briefing page on the MMS mission, the idea is to use Earth's magnetosphere as a laboratory to study the microphysics of a phenomenon known as “magnetic reconnection”, a fundamental plasma-physical process that converts magnetic energy into heat and the kinetic energy of charged particles.

As well as seeking to solve the mystery of the small-scale physics of the reconnection process, the scientists working on MMS will investigate how the energy conversion accelerates particles to high energies, and what role plasma turbulence plays in that process.

The processes in question - magnetic reconnection, particle acceleration and turbulence - occur in all astrophysical plasma systems but can be studied in situ only in the solar system and most efficiently only in Earth's magnetosphere, where they play an important role in the phenomena known as "space weather."