Developer of optical 'clinic-on-the-wrist' is seeking to release $35M in cash via a restructure. 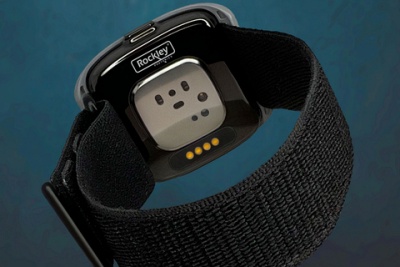 Rockley Photonics, the UK-headquartered company set up by tech entrepreneur Andrew Rickman - also the founder of Bookham Technology - has filed for Chapter 11 bankruptcy.

The New York Stock Exchange (NYSE) has suspended trading in the company’s stock, which had been listed there under the ticker symbol “RKLY” since Rockley completed a special-purpose acquisition company (SPAC) merger with SC Health in August 2021.

According to filings with the US Securities & Exchange Commission (SEC) dated January 24, Rockley is seeking authorization to ensure that it can continue to conduct business without interruption, and has also presented a restructuring plan that would eliminate existing debt and release some $35 million cash.

The firm’s most recent set of quarterly financial results, for the three months ending September 2022, suggest that it held just under $5 million in cash and $66 million in long-term debt at the time.

Healthcare pivot
Established by Rickman in 2013, Rockley’s original aim was to develop highly integrated silicon photonics for deployment in data communications, and the company raised money in a series of venture rounds.

Despite some apparent market traction with China’s Hengtong Optic-Electric, which also invested in the company, Rockley then switched focus to wearable healthcare applications of its technology.

That led to the SPAC deal with SC Health and support from medical device giant Medtronic, which raised gross proceeds of $168 million less than two years ago.

But Rockley encountered a series of setbacks, starting with the SPAC merger, which raised around only half the hoped-for total of $323 million.

In December 2021 the company was forced to call off the planned sale of its datacoms business to Hengtong, after the US Department of Commerce added the Chinese firm to its “entity list” facing export restrictions.

Cash burn
Although Rockley touted technical advances with its “clinic-on-the-wrist” approach, including a collaboration involving Caltech, commercial versions of the technology are yet to appear.

For the nine months ending September 2022, SEC filings show that the firm posted a net loss of $152 million on sales of only $3 million.

In December 2022, Rickman resigned as CEO, switching to “executive chairman” as CFO Richard Meier stepped into the lead executive role.

Rockley’s stock price has reflected the steady decline in fortunes, falling from an initial $10 following completion of the SPAC merger to just over $4 at the start of 2022, and slumping to below $0.20 by December.

That decline in value prompted a de-listing warning notice from the NYSE prior to the latest bankruptcy development, whereupon trading in the stock was suspended with immediate effect.