US developer of microdisplays cuts remaining workforce as it seeks to restore profitability. 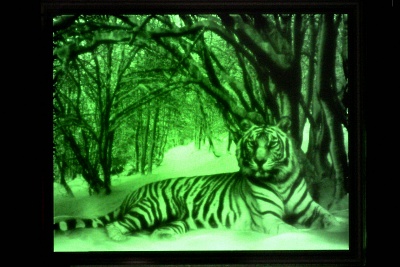 Kopin, the Massachusetts-based microdisplays company, has spun off a separate corporate entity to exploit its development of organic LED (OLED) technology.

LLS manufactures OLED microdisplays at its facility in Changzhou, and is currently building a larger site in Jiangsu, where it is planning to produce ultra-high-definition, high-brightness devices that promise to improve the augmented and virtual reality (AR/VR) experience.

Under the terms of the spin-off, Lightning Silicon will receive a license to certain Kopin intellectual property to develop, manufacture and sell OLED technologies for use in the consumer market.

In return, Kopin gets a 20 per cent equity interest in Lightning Silicon and royalties from the sale of products related to the licenses, and also retains the right to develop, manufacture and sell OLED technologies for applications in its core defense and enterprise markets.

“Lightning Silicon was founded to focus on further research and development of additional advanced OLED displays and optics and lower cost manufacturing capabilities, which will require additional investment and the establishment of low-cost production partnerships.

“To this end, Lightning Silicon is forming a close partnership with LLS, who recently held a ground-breaking ceremony on a new 12-inch OLED fab [in Jiangsu] to bring these advanced OLED microdisplays to market at high volume and low cost.”

The firm’s stacked OLED technology is said to offer higher efficiency and a longer lifetime than comparable devices, and when combined with Kopin’s advanced silicon backplane chip design it is expected to result in ultra-low power consumption and “movie-level” color reproduction quality.

“The market is in urgent need of large-scale high-yield 12-inch production lines,” stated the new partnership, pointing to major investments by the likes of Sony, Samsung, and LG.

Kopin cuts costs
At CES, LLS showed off its 1.31-inch OLED microdisplay, said to achieve a viewing angle field-of-view of at least 100 degrees, with an upgrade to 4k or higher resolution also said to be in the pipeline.

Meanwhile, Kopin said that the spin-off was part of a wider restructuring intended to restore the company to profitability. Its CEO Michael Murray explained:

“In addition to the employees moving to Lightning Silicon, we also reduced headcount in our other product lines due in part to our operational improvement strategies providing increased efficiencies.”

Those efforts are expected to cut the firm’s annual payroll expense by around 25 per cent, not including severance costs. Kopin’s most recent financial results show that the firm had posted an operating loss of $15.6 million on sales of $35.2 million in the first nine months of 2022.