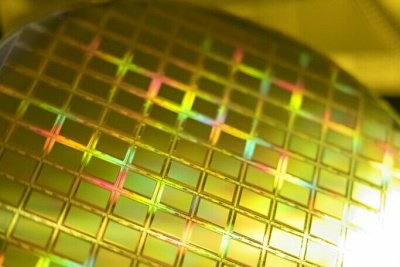 France-based infrared sensor maker Lynred has officially kicked off a new European project to develop high-performance devices for use in future defense systems.

The Grenoble company is coordinating the €19 million, four-year effort, which also includes its rivals Xenics, in Belgium, and the German firm AIM Infrarot-Module, among ten participants in all.

Infrared sovereignty
Short for High Efficiency Read-Out Integrated Circuit, the “HEROIC” project is set to receive €18 million from the European Defence Fund, in a bid to consolidate the supply chain needed to produce the devices in Europe and thereby establish technological sovereignty.

“HEROIC is the first collaboration of its kind to bring together European infrared manufacturers, several of whom are competitors, to strategically tackle a common problem,” Lynred announced.

“The project’s main objectives are to increase access to, and dexterity in, using a new European-derived advanced CMOS technology that offers key capabilities in developing the next generations of high-performance infrared sensors - these will feature smaller pixels and advanced functions for defense applications.

“One overall aim is to enable Europe to gain technological sovereignty in producing high-performance infrared sensors.”

Aside from the three sensor manufacturers, the consortium features four system integrators, in the form of Spain’s Indra, Miltech Hellas in Greece, the Norwegian firm Kongsberg, and Poland-based PCO.

Also taking part are research institutions CEA-Leti and the University of Seville, alongside the specialist chip developer Ideas, which is based in Norway.

Post-2030 systems
In a release, Lynred’s chief strategy officer David Billon-Lanfrey said that the project represented the first phase of an effort by European sensor manufacturers to gain access to a superior CMOS technology compatible with various infrared detectors and device architectures, and to make that technology available within a robust European supply chain.

“Acquiring the latest advanced CMOS technology with a node that no consortium partner has had an opportunity to access is pivotal to the sustainable design of a next-generation Read-Out Integrated Circuit (ROIC),” added Billon-Lanfrey.

Rainer Breiter, the VP of infrared module programs at AIM, added: “The HEROIC project will enable AIM to develop advanced ROICs based on European silicon CMOS technology, as an important building block in its next-generation infrared sensors.

“We are looking forward to working together with our partners in this common approach to access the latest advanced CMOS technology.”

Widely used in military applications, infrared sensors are particularly useful for recognizing and identifying objects or targets in the dark and in adverse weather conditions, with deployments across thermal imagers, surveillance systems, targeting systems, and observation satellites.

Reduced pitch sizes
It is expected that next-generation infrared systems will need to exhibit longer stand-off detection capability, as well as larger fields of view and faster frame rates. Lynred says that this will require higher-resolution formats, with pixel pitch sizes reduced from today’s standard of 15 µm and 10 µm down to 7.5 µm and below.

“This will need to be obtained without increasing the small footprint of the infrared sensor, thus maintaining reasonable system costs and mechanical/electrical interfaces,” adds the Grenoble firm. “These requirements make the qualification of a new CMOS technology mandatory to achieving higher performance at the infrared sensor level.”

Xenics CEO Paul Ryckaert said that the Belgian firm saw the HEROIC project as a cornerstone of its strategy in short-wave infrared (SWIR) sensor development for defense applications. “Thanks to this project, the consortium partners will shape the future of European CMOS developments and technologies for infrared sensors,” he added.

The project is said to have emerged after a workgroup meeting covering infrared technologies within the European Defence Agency that took place in 2019. “Lynred took the initiative to define a Europe-wide project and created a consortium to consolidate the infrared ecosystem in Europe,” stated the French company.