Site will produce devices for use in semiconductor lithography, with operations expected to start in 2025. 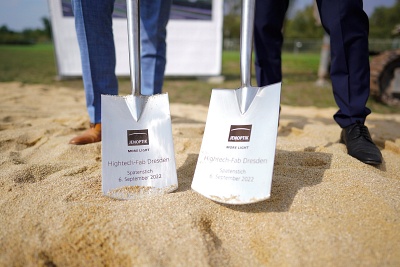 The site, close to Dresden airport and in the heart of “Silicon Saxony”, will produce high-end optical devices and sensors primarily for use in semiconductor lithography applications.

Operations are expected to begin in 2025, with Jenoptik CEO Stefan Traeger saying: "Dresden will become a main location for our micro-optics activities. We deliberately chose one of the most important locations for the semiconductor industry in Germany and Europe, where many global companies and research institutions of the industry are present.”

Other notable operations in the vicinity include a state-of-the-art silicon chip fabrication facility owned by sensor giant Robert Bosch, an Infineon Technologies power semiconductor manufacturing site, and a production and research site belonging to Global Foundries.

ASML, the world’s leading lithography equipment company, also has operations nearby, while the Fraunhofer Institute for Photonic Microsystems will be another close neighbor.

Vibration monitoring
Local Minister-President Michael Kretschmer said at the ceremony: “The construction of Jenoptik’s new cleanroom factory in Dresden is a strong signal and makes an important contribution to the technological advancement of microchip manufacturing.

“The settlement of Jenoptik proves once again the attraction of Silicon Saxony and shows how important an existing good local network is to attract new companies to the location.

“I am pleased that Jenoptik is convinced of this semiconductor ecosystem, which is unique in Europe, and I am sure that all partners at the location will benefit from this settlement.”

Dresden Lord Mayor Dirk Hilbert added: “The federal state capital Dresden is proud to have been able to accompany such an innovative and globally active East-German group in its growth for years now.

Jenoptik, which revealed its plans for the Dresden site a year ago, says it will be investing more than €70 million euros in the new high-tech fab - with the 11,000 square-meter location set to feature 2000 square-meters of clean room space.

“Production is scheduled to start at the beginning of 2025,” said the firm. “The new high-tech fab will manufacture micro-optics and sensors, which are mainly used in semiconductor lithography systems.

“Production will take place in clean room classes ISO 5 and 3, which also meet the highest requirements for vibration-free production and temperature stability. Comprehensive vibration monitoring is also in place during the construction of the fab in order to not disrupt the production processes of neighboring companies in the industrial park.” 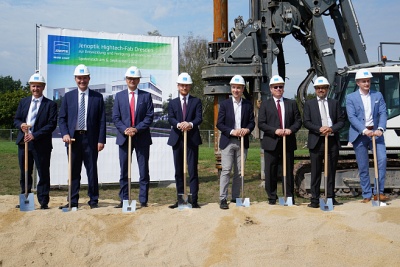 Sales target: €1.2BN by 2025
Although the micro-optics site is new, Jenoptik has been active in Dresden for 15 years, and currently employs around 60 people there.

“With the new production facility, Jenoptik will concentrate manufacturing in Dresden, which is currently spread across several smaller external locations,” the firm explains.

“The photonics group is creating 60 additional high-quality jobs and increasing its local workforce to a total of well over 120 employees.”

Jenoptik currently manufactures micro-optics at its facilities in Jena and Triptis, as well as in Heerbrugg, Switzerland, and two sites in the US - Jupiter, Florida, and Huntsville, Alabama.

Aside from the optics and sensor devices required by the semiconductor equipment industry, those facilities make products aimed at markets as diverse as medical technology, life sciences, and communications and IT infrastructure.

“As a photonics group, Jenoptik is focusing on expanding these business areas, which are expected to generate around 75 per cent of the €1.2 billion in revenue targeted by 2025,” states the Jena-headquartered firm, which is expecting to post revenues of around €950 million this year.

The plan is to achieve that level through a combination of acquisitions and organic growth, as exemplified by the Dresden expansion - said by CFO Hans-Dieter Schumacher to be the largest single investment by the firm in recent history.