Innoviz tipped to take the lead in automotive lidar 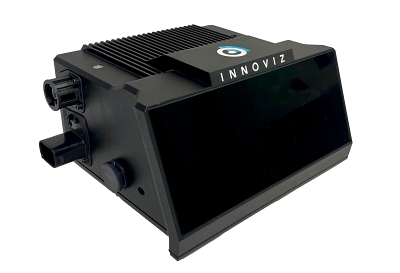 The Israeli company Innoviz Technologies has been tipped to become market leader in the emerging automotive lidar sector, after revealing that it has signed a major supply deal involving auto industry giant Volkswagen (VW).

Market analyst firm Strategy Analytics, which has just compiled its first ever market share estimates for the nascent industry, says that the deal with VW-owned CARIAD will catapult Innoviz to the top of the rankings when VW begins deploying the technology in the mid-2020s.

Second wave of lidar
Back in May, Tel Aviv-based Innoviz said that it had signed a supply agreement with an unspecified customer that boosted its forward-looking order book by some $4 billion.

Then, earlier this month, the company revealed that its customer was CARIAD, which had selected the lidar firm’s “InnovizTwo” sensor and perception software for deployment in both advanced driver assistance system (ADAS) and autonomous driving applications.

“This follows smaller deals won by Cepton from General Motors and Luminar from Nissan, Mercedes and Volvo, some of which will start deployments in 2023. However, the CARIAD-Innoviz deal is by far the largest, in terms of both value and volume.”

Mak suggests that the agreement signals growing business for lidar startups, of which several have raised hundreds of millions of dollars in recent stock market listings via special-purpose acquisition company (SPAC) arrangements.

However, with the automotive lidar market still in its early stages, none of those companies has seen sales revenues increase to a significant degree yet, and all are burning through investor cash.

Mak thinks that it is the relatively simple approach taken by Innoviz that is now working in its favor, saying of the CARIAD/VW deal:

“It signals growing business for startup lidar developers who are seeking to lower cost, through simpler designs that use single lasers and the development of production processes that realize economies of scale, which had been the case for using traditional Tier 1 vendors.

“But at the same time, there is no compromise on sensor performance - the reason why lidar is selected for the intended applications. Potential OEM customers are also seeking more direct access to partners knowledgeable in new lidar technologies.”

Major opportunities
Speaking in early August, when revealing that CARIAD had placed the giant lidar order, Innoviz CEO Omar Keilaf said that vehicles featuring the firm’s technology would start appearing “from the middle of the decade”.

“CARIAD is a leading player in the transformation of the whole automotive space. We are proud to be part of their mission,” he added.

Updating investors during a quarterly conference call last week, the CEO pointed out that Innoviz also had an existing - though smaller - supply deal with BMW. Together, VW and BMW account for some 15 per cent of the entire automotive market.

Around a dozen other major opportunities are said to be under discussion, with Innoviz expecting decisions by up to three OEMs within six months, and the rest within a year.

In terms of current business, Innoviz posted a net loss of $28 million on sales of $1.8 million in the quarter ending June 30. However, thanks to its $370 million SPAC deal completed in April 2021, the firm still lists nearly $250 million in cash and other liquid assets on its balance sheet.

Founded in 2016 by former intelligence officers from the Israeli Defense Force, Innoviz uses 905 nm lasers in its MEMS-based lidar sensors.

Prior to its Nasdaq listing the firm said that it expected sales to begin ramping up from 2023, and that it would become cash-flow positive by the middle of the decade, by which time its annual revenues were expected to approach $500 million.