II-VI and Artilux develop 3D camera for the metaverse 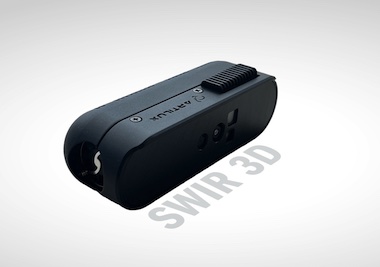 The camera represents a combination of II-VI and Artilux's proprietary technologies in indium phosphide (InP) semiconductor lasers and germanium-silicon (GeSi) sensor arrays respectively, to demonstrate a miniature 3D camera that operates in the short-wavelength infrared (SWIR) at 1380 nanometers.

This will deliver significantly higher performance than existing cameras operating at 940 nanometers, according to the companies, and improve user experience in the metaverse by virtue of longer range and higher image resolution.

"By designing a camera that operates at 1380 nm instead of 940 nm, we can illuminate the scene with greater brightness and still remain well within the margins of eye safety requirements. In addition, the atmosphere absorbs more sunlight at 1380 nm than at 940 nm, which reduces background light interference, greatly improving the signal-to-noise ratio and enabling cameras with longer range and better image resolution."

Artilux’s contribution features a high-bandwidth and high-quantum-efficiency GeSi SWIR sensor array based on a scalable CMOS technology platform, according to the company. The combined architecture is intended to enable a broad range of depth-sensing applications in consumer and automotive markets.

II-VI recently completed its acquisition of Coherent, a protracted takeover worth in the region of $7 billion that will see the II-VI name disappear in favor of the branding of the historic laser manufacturer. The merged company is thought to have an estimated total addressable market of $65 billion, with that figure expected to rise as multiple market sectors expand, VR among them.

Artilux has recently collaborated with a number of developers on applications for its GeSi sensors. In 2020 it joined camera specialists OmniVision to design 3D infrared sensors for mobile applications, accommodating eye safety regulations that permit the use of more powerful light sources at longer wavelengths.

This year Artilux began working with Lumentum on wearable sensor technology, to take advantage of new possibilities in biosensing and biometrics that the longer IR wavelengths can bring. This could include the monitoring of more vital signs such as blood pressure and the heart's electrical activity.

Speaking about the new 3D camera, Neil Na of Artilux described it as demonstrating a key capability that will enable the metaverse to become a popular venue for entertainment, work, and play.

"The SWIR camera demonstration provides a glimpse of the future of 3D sensing in the metaverse, with displays that can identify, delineate, classify, and render image content, or with avatars that can experience real-time eye contact and facial expressions," said Na.