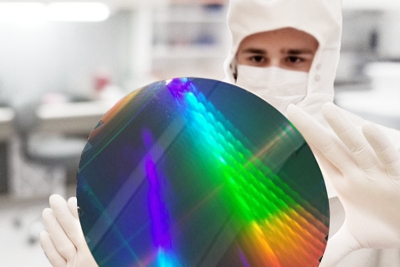 Headwall Photonics, the Massachusetts-based company that specializes in hyperspectral imaging technologies, has expanded its offering with two acquisitions.

Last week, Headwall said that it had acquired spectral analysis software company perClass. Based in The Netherlands, perClass has developed the “Mira” software package - described as “the easiest interface for spectral imaging with real-time deployment”.

In fact Headwall already uses Mira in its own “Hyperspec MV.X” product, creating spectral classification models that are deployed in applications such as the detection of food contamination, material sorting in recycling, and grading of fruit and nuts.

And just a few days later the company revealed that it had also acquired precision optics manufacturing expertise, with a deal to buy its Massachusetts neighbor Holographix.

Together, the two acquisitions bring the total company headcount to 100, with Headwall saying that it continues to recruit for open job listings at each of its locations.

Intuitive interface
Commenting on the perClass deal, Headwall president Don Battistoni said: “Spectral imaging has been used in research for decades to help answer a variety of complex questions.

“Until recently, this involved a time-consuming process of data acquisition, model development, and lengthy data analysis typically performed by a senior level scientist.

“perClass Mira eliminates those complexities through an intuitive interface backed up by advanced machine learning algorithms, in the process dramatically expanding the addressable use cases for spectral imaging across numerous industrial markets.”

“We remain dedicated to and will continue to support and work with our many loyal and new spectral sensor manufacturer partners.

“This growth investment and our extended partnership with Headwall will facilitate our ability to provide best-in-class solutions to the market for any sensor, and our deeper integration with a leading sensor provider accelerates our goal of advancing widespread adoption of spectral imaging in real-world applications.”

Headwall says that the perClass deal will help to bring hyperspectral imaging to more industries and researchers globally - thanks to the combination of intuitive, powerful spectral analysis and the elimination of data interpretation complexities that have historically limited broader adoption of the technology.

Located close to Headwall and with a manufacturing facility in Marlborough, Holographix has over 25 years’ experience in micro- and nano-structure replication of high-performance optics for applications in life sciences, semiconductor, aerospace, defense, and metrology markets.

“Headwall’s holographic master gratings are core to both our OEM and hyperspectral imaging businesses,” pointed out Battistoni.

“Adding Holographix’s replication technology immediately opens channels to new customers and markets as well as new products and capabilities for existing customers of both companies, while expanding our manufacturing capabilities to address future growth.”

Holographix president David Rowe observed: “Headwall’s mastering expertise and Holographix’s replication capabilities go hand-in-hand. Therefore, it is clear to us that Headwall is the perfect complementary partner for Holographix."

Rowe said that as well as a close geographic proximity, the two firms’ shared a common company culture and commitment to excellence.

“Access to Headwall’s master holographic gratings and OEM assembly capabilities, as well as their commercial infrastructure, will help Holographix realize the inherent scalability of our replication technology,” he added.