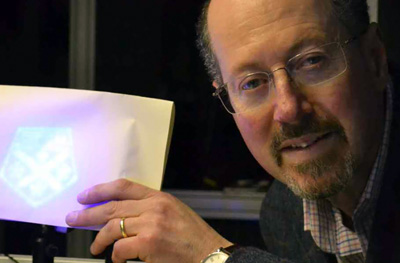 Professor Martin Dawson, Director of Research at Strathclyde’s Institute of Photonics and head of the Strathclyde-hosted Fraunhofer Centre for Applied Photonics, has been elected a Fellow of the Royal Society (FRS).

The Royal Society is a Fellowship of many of the world’s most eminent scientists and is the world’s oldest scientific academy in continuous existence, having been founded in the 1660s. Its fundamental purpose is to recognise and support excellence in science for the benefit of humanity.

Prof. Dawson has received the accolade in recognition of a research career of more than 30 years, in which he has become a leading international figure in his field. He specializes in micro-LEDs, semiconductors and optoelectronic device development, and laser technology. He has also been instrumental in the development of a number of spinout businesses.

Dawson joins a group of around 1700 Fellows. Each year, up to 52 Fellows and up to 10 Foreign Members are elected to the RS from a pool of around 800 candidates, who are proposed by the existing Fellowship.

Prof. Dawson commented, “I am truly delighted to have been elected a Fellow of the Royal Society. My election owes much to the unique opportunities and major support that the University of Strathclyde has given me over more than 25 years, in particular through my roles in the Institute of Photonics, the Department of Physics and Fraunhofer UK. I am grateful to all my colleagues who have made this such a creative and productive place in which to work.”

Sir Adrian Smith, President of the Royal Society said, “It is an honor to welcome so many outstanding researchers from around the world into the Fellowship of the Royal Society. Through their careers so far, these researchers have helped further our understanding of human disease, biodiversity loss and the origins of the universe. I am also pleased to see so many new Fellows working in areas likely to have a transformative impact on our society over this century.” 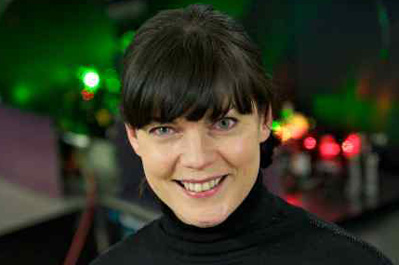 A new director has been appointed at the University of Strathclyde’s Institute of Photonics. Dr Jennifer Hastie was previously the Institute’s Deputy Director and has worked there since she joined as a PhD student in 2000.

She leads an Institute of more than 30 staff and more than 40 PhD and EngD students. The IoP carries out extensive research into photonics technologies and devices, including lasers, micro-LEDs, quantum light sources, and optical circuits, and is developing and enabling applications in quantum technology, health technology, neuroscience, computing, imaging, communications and security.

The IoP’s activities are based on the key priorities of: research excellence; research leadership; international collaborations and knowledge transfer. The institute advises and collaborates with a broad range of industrial partners, as well as working in close partnership with the Strathclyde-hosted Fraunhofer Centre for Applied Photonics.

She commented, “I am delighted to have been appointed Director of the Institute of Photonics and am looking forward to working with my colleagues to deliver our strategy, as well as playing our part in Strathclyde’s Vision 2025.

“Photonics is a key strength at Strathclyde, spanning physics and engineering, and underpins a wide range of strategically important cross-faculty and interdisciplinary research themes.

“At the Institute of Photonics, we aim to build our activity and work with major partners across a number of research initiatives aligned with University Strategic Themes, including Health Tech, Optical Communications, Space Tech, Quantum Tech and AI. We are also aiming to recruit, with senior appointments envisaged to complement and collaborate with the successful researchers we already have working across these areas.”

Dr Hastie’s own research team has gained an international reputation for its work in the field of narrow linewidth semiconductor disk lasers, and this led to her joining the Management Board of the UK National Quantum Technology Hub in Sensing and Timing, delivering lasers for optical clock systems. She was also Programme Chair of the international VECSELs (Vertical External Cavity Surface Emitting Lasers) conference at SPIE Photonics West in 2013 and 2020.