Gathering of the clans in Glasgow gives a foretaste of optical breakthroughs to come.

by Matthew Peach in Glasgow 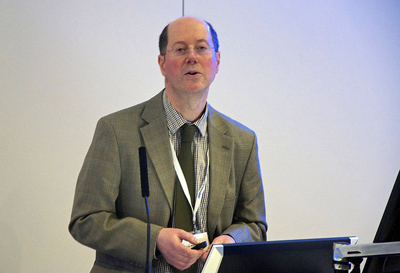 The Institute of Photonics at the University of Strathclyde, Glasgow, last week hosted a celebration of this technology to mark its 20th anniversary. The day-long event was held at the Technology Innovation Centre.

But anybody expecting a back-slapping reunion of industry hacks reliving the glory days of when the fiber laser was just a fiber, over an obliging glass of red, would first need to dust down their copy of Saleh and Teich’s Fundamentals of Photonics. Ahead of them was a day filled with high-level lectures on recent innovations, market challenges and opportunities to digest before the party could start.

Professor Martin Dawson, director of research at the Institute, introduced the program, saying that since 1995 the Institute had grown from a standing start to achieve its current high national and international profile, now boasting 16 staff and more than 40 post-docs and PhD students with a grant and contract portfolio worth more than £8 million ($12 million). 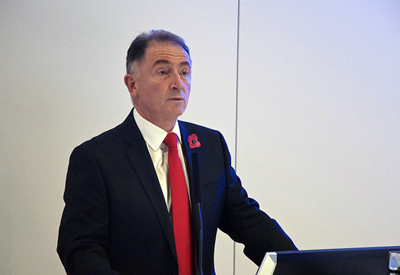 Diverse research “The Institute has pioneered such research areas as optically-pumped semiconductor lasers, micro-structured gallium nitride devices and diamond photonics, and it has facilitated and supported a range of research initiatives including Compound Semiconductor Technologies, Photonix, the Intelligent Lighting Centre and the Fraunhofer Centre for Applied Photonics,“ he said.

Professor Sir Jim McDonald, Strathclyde’s Principal, who had just flown in from a networking mission to China, welcomed the 250 guests and highlighted the fact that photonics is not just a collection of research projects but a generator of at least £600 million ($900 million) of business for Scotland alone “and still growing”. He also made mention of the anniversary's happy coincidence with the International Year of Light; many IYOL "spectrum" badges were in evidence.

Following the introductions the associated symposium began, with a range of international speakers updating the guests on the latest breakthroughs by the body photonic. Topics included diamond photonics, visible light communications, gallium nitride-based lighting, colloidal quantum dot devices and optogenetics, all put into the context of use-inspired research, university-business engagement and industrial photonics. 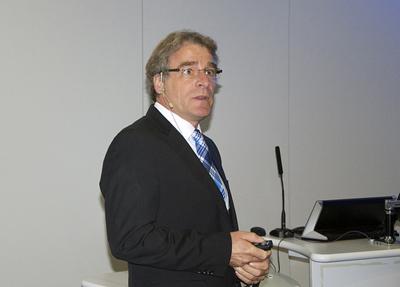 After lunch, an animated Professor Oliver Ambacher, of Fraunhofer IAF, Germany, jumped around energetically to illustrate the perennial “valley of death” problem of how to commercialize new technologies – decrying the risk-averse nature of industry towards adopting new technologies. Prof. Harald Haas, University of Edinburgh, explained how micro LEDs are changing the wireless internet; and Prof. Daniel Palanker, from Stanford University, gave a fascinating update on his research into restoring sight to the blind with optoelectroinic implants. 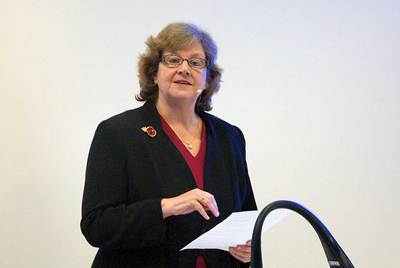 Besides all of the photonics innovation, there was an instructive presentation by Professor Dame Ann Dowling, President of the UK’s Royal Academy of Engineering, on university-to-business research collaborations and how best to achieve successful partnerships.

She said that the mechanisms for establishing such collaborations were often complicated and murky with too much red tape and suspicion and resistance apparent on both sides of these potentially fruitful ventures. She commented that, “academics who pursue such collaborations with industry often do so in spite of, not because of, their universities, which can sometimes see business compromising the purity of research.”

Closing remarks were made by longstanding Scottish and international photonics champion Professor Wilson Sibbett FRS who underlined the many beneficial and commercial possibilities of adapting photonics into solutions to everyday problems. It was only then that the participants could let their hair down at the TIC reception.