Provider of machine vision components confident of continued growth this year, despite global unrest and a recent cyberattack. 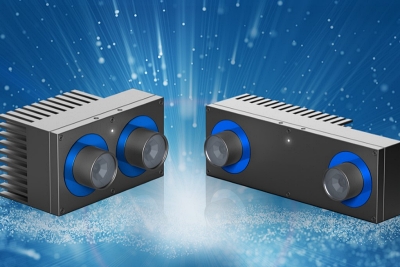 Germany-based Basler, which specializes in image processing components for machine vision applications, has posted a sharp increase in both sales and orders for 2021.

In its annual results, the Ahrensburg company said sales revenues of €215 million were up 26 per cent on the Covid-impacted 2020 figure, while orders jumped 78 per cent, to €322 million.

Earnings were also up, rising from €20 million in 2020 to €28 million in 2021 - although the company’s profit margins shrank later in the year as shortages of key chip components led to higher procurement costs.

Asia momentum
CEO Dietmar Ley and his colleagues are predicting that revenues will rise by around another 15 per cent this year, to somewhere between €235 million and €265 million - provided the current geopolitical upheaval does not escalate further.

“Challenges in the procurement of semiconductor components are expected to remain the limiting factor for growth in fiscal year 2022,” stated the firm.

“Furthermore, the war in Ukraine and the associated political unrest will lead to new uncertainties, the effects of which are currently still difficult to predict.”

Some of that additional business is the result of a pair of recent acquisitions in Korea, where Basler completed the buy-out of its long-standing sales partners DATVISION and IOVIS earlier this year.

The two distributors have added around 50 people to the employee roster, while Basler has also expanded in Singapore, where it has opened a second office in anticipation of “soaring demand” in the Asia-Pacific region.

2025 target on track
In its annual report for 2021, Basler’s management team said that alongside the ongoing challenges of the Covid-19 pandemic and chip shortages in the supply chain, it had been hit by a cyberattack in November that was said at the time to have caused “massive disruption”.

But outweighing those negative effects are the continued strong demand for machine vision systems - particularly in semiconductor and electronics manufacturing, and logistics operations.

The medical industry and general factory automation have also recovered in recent months, with the strongest momentum coming from Asia, followed by the Americas and Europe, the Middle East and Africa in terms of geographical trends.

And while sales growth this year will be limited by the availability of components in the semiconductor supply chain, Basler’s management team remains confident of hitting its mid-term annual sales target of €400 million in 2025.