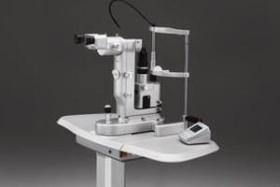 Among the products and technologies presented at the conference were a new suite of high-definition optical coherence tomography (OCT) products from Carl Zeiss Meditec.

The CIRRUS family comprises of two HD-OCT models, the 5000 and 500, along with two instruments that integrate OCT with fundus imaging systems, the CIRRUS photo 800 and 600.

These additions to the company's Cirrus platform are intended to assist clinicians in the study and diagnosis of glaucoma and retinal diseases.

The AAO meeting also heard preliminary results from the first US clinical trials of the company's ReLEx smile procedure for refractive surgery. The procedure employs a femtosecond laser to cut a lenticle, or small lens-shaped section, inside the still-intact cornea, and then remove it through a small incision. The result is a less invasive surgical operation.

Twenty nine subjects in the US have received the ReLEx smile procedure under an FDA-monitored trail, and the results appear to be good. "I really do believe that this is a paradigm shift,” said trail monitor and Meditec consultant Jon Dishler. "It’s going to take awhile for it to catch on worldwide, although I understand it’s becoming more popular."

These announcements formed part of Carl Zeiss Meditec's increasing market penetration for its optics-based medical technology. The company posted year-end results in September 2012 showing a 19.4 percent increase in profits across all territories.

Adaptive optics "not yet ready for prime time"
During the meeting's technical program, a presentation on the potential for adaptive optics (AO) techniques to be used in ophthalmic procedures indicated that the technology held great promise.

"Until now, retinal rods have been very difficult to image,” said Judy Kim of the Medical College of Wisconsin, where work on confocal imaging of the retina using AO has been previously covered on Optics.org. "But rods and cones can be imaged using adaptive optics and scanning laser ophthalmoscopy technology that is in development."

The main hurdle is currently the time required to acquire, process and analyze the images produced, according to Kim, who indicated that in her view the technology is "not yet ready for prime time."

Proof of the potential for AO to make an impact came in October 2012, when Imagine Eyes announced that its rtx1 retinal camera was now CE-mark approved for use in the European Union. This is the first adaptive optics platform to make its way into clinical use, according to Imagine Eyes.

The Ultra Q is designed for carrying out treatments such as capsulotomy, ie. the initial incision in the eye's lens prior to removal in a cataract procedure, as well as iridotomy, the controlled puncturing of the iris as a treatment for glaucoma.

In addition the Ultra Q is marketed for vitreolysis, a procedure intended to destroy the clumps of collagen in the eye's vitreous jelly which manifest themselves as visible "floaters" in the field of vision.

The Ultra Q system will become available over the next few months, according to the company.

* updated (December 3): the article originally indicated that Quantel Medical would distribute the Ultra Q laser system in the US. This is not correct; Ellex will manage sales and distribution of the product.