Boom in demand from logistics applications and a rebound in the automotive sector push sales and earnings to a new high. 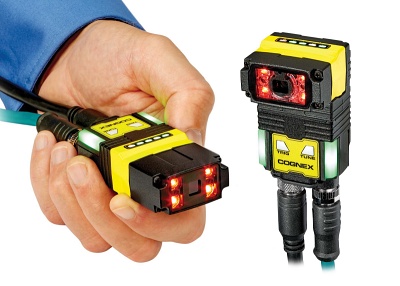 Machine vision company Cognex has reported annual sales in excess of $1 billion for the first time, as manufacturers and logistics customers increasingly look to automate their operations.

For the closing quarter of the year, sales of $244 million were up 9 per cent on the equivalent period in 2020, and although Cognex’ profits were lower this was due partly to foreign currency effects.

“The company performed well in multiple end markets, including logistics, which grew by approximately 65 per cent year-on-year and became the company’s largest end market for the first time in 2021,” reported Cognex, adding that it had benefited from a broader recovery in factory automation, most noticeably the automotive industry.

“An exception was consumer electronics, where revenue was modestly lower following a substantial investment year in 2020,” added the firm.

It means that automotive sales accounted for 20 per cent of company revenues in 2021, growing quickly after two consecutive years in decline.

While overall sales were up strongly in 2021, Willett pointed out that shortages of chips in the global supply chain had a negative impact on the company’s profit margins.

“There were two primary factors that resulted in downward pressure,” explained the CEO. “One, in keeping with our customer-first company value, we have been prioritizing delivery during this time of global chip shortages.

“That added incremental costs in 2021 due to the significant premiums we paid to procure components through brokers and for expedited freight.”

The second factor results from the company's booming sales for logistics applications, where Cognex is typically selling products at a lower profit margin.

But the good news, added Willett, is that after several months of very challenging conditions, delivery times for most major products had improved substantially by the end of last year.

Looking ahead, the Cognex executive team is expecting sales of around $275 million for the opening quarter of 2022 - with the sequential increase on the December quarter largely powered by growing applications in the logistics sector.

• That outlook appeared to cheer investors, with Cognex’ stock price rising by around 7 per cent on the Nasdaq immediately following the latest update. Now trading at around $64 - down from $77 at the start of the year - the company’s market capitalization stands at just over $11 billion.