Sales rose 26% in 2020, thanks largely to the addition of beam combining and control specialist Nutronics. 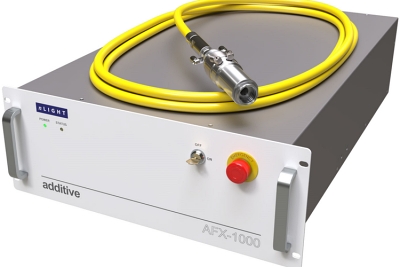 At $223 million, the figure for 2020 was up 26 per cent on 2019. Largely reflecting the boost to its aerospace and defense business provided by late-2019 acquisition of Nutronics, the uptick also reflected stronger industrial sales towards the end of the year.

Vancouver, Washington, headquartered nLight said that sales of $66 million in the closing quarter of 2020 represented another record high, up more than 50 per cent year-on-year. Aerospace and defense sales accounted for 44 per cent of that total.

Despite all those increases, the company wasn’t quite able to flip into profit - although at $4 million, its pre-tax losses in the closing quarter of 2020 were only half the figure recorded for the same period in 2019.

Keeney indicated that the integration had gone smoothly, and meant that nLight was now able to provide all key elements of lasers for directed energy applications - from the semiconductor laser laser sources through beam control.

“Today, we believe we are the only laser company with this level of vertical integration, which offers us a competitive advantage as directed energy applications are expected to move to programs of record,” he added.

On the industrial side, business grew at a more modest rate in 2020, up 10 per cent on the 2019 figure as demand from customers in China recovered in the second half the year just completed.

And although sales of nLight’s lasers for microfabrication applications dropped by 10 per cent in 2020, Keeney sees a silver lining as applications in 5G networks and handsets, plus wider use of flexible printed circuits in a variety of applications helps to spur demand.

5G and EV drivers
Encouragingly, nLight’s industrial business grew nearly 30 per cent year-on-year in the final three months of 2020 - with the CEO noting higher demand for both high-power and programmable fiber lasers.

“There are a broad range of end market catalysts that will drive demand, including long-term secular drivers from electric vehicles, additive manufacturing use for series production, adoption of next-generation 5G infrastructure and handsets, and new aerospace and defense applications,” said Keeney of the wider picture.

“nLight is solely focused on providing high-power semiconductor and fiber lasers, and we believe that our vertically integrated business model is a critical differentiator.”

• Looking ahead, the nLight executive team said it expected sales in the opening quarter of 2021 to land somewhere between $59 million and $62 million - taking into account the usual seasonal downturn related to the lunar new year celebrations in China.

Currently at around $41 on the Nasdaq, nLight’s stock is - like many in the photonics sector - trading at or close to record highs. Having nearly doubled over the past six months, that valuation equates to a market capitalization of around $1.6 billion.