Tech giant wants to expand use of hollow-core optical fiber in cloud infrastructure. 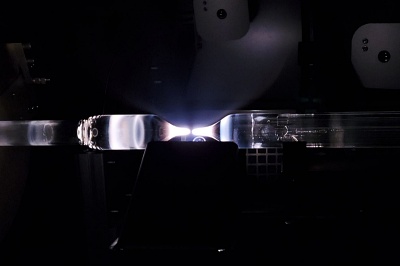 Lumenisity, the UK spin-out from the University of Southampton’s Optoelectronics Research Centre (ORC) specializing in hollow-core fiber (HCF) and related cable, is now part of the technology giant Microsoft.

Microsoft says it has acquired the firm to further expand its use of HCF in cloud computing infrastructure, and to better serve clients with strict requirements in latency and security.

Key benefits of Lumenisity’s HCF include faster overall speed and lower latency, because light travels through the air core of the material nearly 50 per cent faster than through standard silica glass fiber.

The inner structure of HCF also allows higher security and intrusion detection, together with lower costs, increased bandwidth, and enhanced network quality thanks to eliminating nonlinear effects found in conventional fiber - as well as the potential for ultra-low signal loss enabling deployment over longer distances without repeaters.

Nodeless fiber
Spun out of the ORC in 2017 by chief scientific officer David Richardson and colleagues, Lumenisity went on to raise £7.5 million in September 2020. Investors BGF and Parkwalk supported commercialization efforts and a new manufacturing and testing facility that has just been completed.

The startup has since won accolades for its “CoreSmart” HCF cable, which is said to provide increased data capacity per fiber, and a 30 per cent reduction in latency between data centers. UK-based communications giant BT is among those to have trialled the technology in optical networks - including for its potential in quantum-encrypted links.

The “nested anti-resonant nodeless fiber” design of HCF used in Lumenisity’s cables has advantages over more conventional photonic bandgap fibers, which are inherently multi-moded and require complex solutions to deal with parasitic modes.

CoreSmart offers continuous and wide bandwidth covering the conventional 1310 nm and C and L bands, along with extremely low nonlinearity, which is said to eliminate conventional limits on the maximum total channel power in each strand of the cable.

Data centers
As a result, the cables allow the physical distance between data centers to be increased from 60 km to 90 km while maintaining the critical round trip latency time. “The technology can provide benefits across a broad range of industries including healthcare, financial services, manufacturing, retail and government,” stated Microsoft.

“Organizations within these sectors could see significant benefit from HCF solutions as they rely on networks and data centers that require high-speed transactions, enhanced security, increased bandwidth, and high-capacity communications.”

Examples in the public sector could include enhanced security and intrusion detection for federal and local governments, while the ability of HCF cable to accommodate very large data sets could lead to faster retrieval of medical images, enabling better sharing of medical imaging data in the cloud.

‘End of the beginning’
Commenting on the Microsoft deal, Lumenisity said: “We are proud to be acquired by a company with a shared vision that will accelerate our progress in the hollowcore space.

“This is the end of the beginning, and we are excited to start our new chapter as part of Microsoft to fulfil this technology’s full potential and continue our pursuit of unlocking new capabilities in communication networks.

“This announcement is timely, as earlier this month Lumenisity completed the development of the world’s first dedicated HCF manufacturing facility in Romsey, UK. The state-of-the art building spans 40,000 sq ft and will enable scaled up production of HCF technology in the future.

“This would not have been possible without the loyalty of our customers; the hard work and commitment of our employees; support of our investors; and the collaboration with the University of Southampton and our partners. To everyone involved in Lumenisity’s success, we say thank you!”