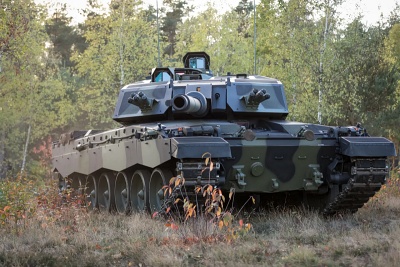 UK-headquartered optics firm G&H has posted a 35 per cent drop in pre-tax profits for the year ending September 30, with its London-listed stock price also falling by around 10 per cent on news of lower-than-expected growth in 2023.

At £124.8 million, annual sales were almost identical to the prior year, while pre-tax profits slipped from £12.6 million to £8.1 million.

On the plus side, the G&H order book has swelled to just under £148 million - up 35 per cent on the prior year after correcting for foreign exchange effects, with new CEO Charlie Peppiatt remarking:

“Despite the strength of the order book, which remains well above historic levels across the business and provides excellent visibility for 2023, we still face some significant operational headwinds in the near term.”

Those headwinds include tight labor markets in both the UK and US making it difficult to recruit, particularly for technical positions, while supply chain challenges and inflationary effects persist.

Peppiatt told investors that G&H was currently recruiting for around 40 positions to add to its global workforce of around 900 people, with technical roles proving the most difficult to fill.

Operational constraints
In his round-up of the latest financial year, company chairman Gary Bullard said that the prospects for G&H remained good, with recent restructuring programs - including outsourcing production of some of the firm’s acousto-optic components to a contract manufacturing partner in Asia - helping to reduce its cost base.

“In the latter stage of the year we have succeeded in adding significant additional capacity and that ongoing investment will bear fruit in the coming years,” added Bullard, although he conceded that growth in revenues and adjusted pre-tax profits in the current financial year would now come in lower than previously expected.

Peppiatt, who was previously an executive VP at TT Electronics before taking over from the retiring Mark Webster in September, noted some failings in the G&H annual report, writing:

“I am also conscious that our operational delivery to those customers over the last year has not met the high standards we aspire to, and I will be focused on ensuring we quickly resolve the operational constraints that have impacted the business during FY2022.

“I intend to complete a review of the Group’s strategy over the coming months and will provide further details once that has been concluded.”

Key defense wins
According to the latest results presentation, industrial applications now account for just over half of the firm’s sales, with the remainder split evenly between life sciences, and aerospace and defense.

Looking ahead, Peppiatt says that “demand fundamentals” remain strong across all three of those key market sectors, with new program wins in defense applications, and demand for specialist industrial lasers rebounding in support of 5G infrastructure roll-out and advanced semiconductor production.

“We can see that the conflict in Ukraine has reinforced the continuing importance of armored systems in modern warfare,” noted the CEO in his statement, with orders for programs intended to replenish equipment that has been provided to the country following Russia’s invasion.

Key wins are said to include a “significant position” on the UK MoD’s program to update the optical sensor suite for its Challenger tank program, while solid demand for gimballed optical arrays produced in New Hampshire are anticipated in both Europe and Asia.

Escalating geopolitical tensions have also prompted some huge investments to re-establish high-volume chip manufacturing in Europe and the US, something that could benefit G&H in the medium term.

Outlining what he sees as the promising areas for business growth, Peppiatt highlighted opportunities in components and modules needed for extreme ultraviolet (EUV) lithography equipment in semiconductor wafer processing, fiber-optic modules and subsystems for lidar sensing and optical satellite communications, and biomedical imaging systems for diagnosing cancer and cardiovascular disease.

Other key areas are thought to include photonics systems for ophthalmology equipment, optical components for gimbals in military drones, and multi-band periscopes and sighting systems for armored vehicles.

• Following the latest results announcement, G&H’s stock price dropped in value by around 10 per cent on the London Stock Exchange’s “AIM” division. On opening at 426p on December 7, the firm’s valuation was down more than 60 per cent since the start of 2022.