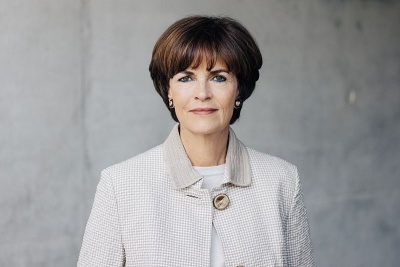 Trumpf CEO Nicola Leibinger-Kammüller says that she is sensing signs of “growing restraint” in demand, following a record-breaking financial year for the industrial laser firm.

The Ditzingen, Germany, headquartered company has just confirmed sharp increases in both sales and orders for the year ending June 2022, alongside a solid improvement to its profit margin.

But Leibinger-Kammüller said that the combination of supply chain bottlenecks, high inflation, rising material and energy prices, and transportation costs were all impacting market sentiment - not to mention Russia’s ongoing war in Ukraine and increased tension between the US and China.

Rising to multiple challenges
At €4.2 billion, Trumpf’s total sales - largely lasers and machine tools - were up 20 per cent on the prior year, as the company had announced in its preliminary results in July.

Trumpf’s laser technology division contributed €1.61 billion to that total, up 22 per cent year-on-year, with sales into semiconductor manufacturing equipment leading the way and expected to maintain strong growth into next year.

Total company orders rose even faster, jumping by more than 40 per cent to hit €5.6 billion, while the company’s earnings before interest and taxes (EBIT) figure of €468 million was up by 27 per cent year-on-year.

Leibinger-Kammüller hailed Trumpf’s management of the effects of both the war and the pandemic, as well as the ensuing supply-chain bottleneck, writing in the firm’s latest annual report:

“Like many other companies, Trumpf reacted with extreme rigor to the Russian invasion of Ukraine in February 2022 and suspended all business.

“Despite the direct and indirect consequences this had on our business, alongside ongoing supply chain bottlenecks and the coronavirus flare-ups in China, we managed to close the year successfully. This was an immense feat on the part of our entire workforce.”

Efficiency measures
Nevertheless, the CEO indicated some understandable concern about the outcome in the financial year now underway.

“There remains considerable uncertainty for the coming months as to how the supply chain bottlenecks, high inflation, rising material and energy prices and transportation costs will impact our business,” she said.

“Also making me pensive with regard to the overall economic trend are the geopolitical uncertainties; the war in Ukraine, for example, and also the tensions between the US and China. We're sensing growing restraint in demand in many markets.”

And although Trumpf is not a major user of natural gas, and has invested heavily in renewable energy to power its operations, the company will inevitably feel some negative impact from the recent price hikes across Europe.

“Trumpf is not a gas-intensive company and primarily requires gas locally for heating its production and office buildings,” says the firm, pointing out that energy costs of €42 million in the latest financial year represented only 1 per cent of sales.

A significant increase is inevitable in the current year, but Trumpf’s management has enacted measures including the installation of new heat pumps, reduced system running times, dehumidification of its air-conditioning systems, and lower office temperature settings to help minimize any impact.

“In addition to increasing energy efficiency at locations worldwide, thereby saving 1.5 per cent electricity and 3 per cent natural gas and heating oil annually, the focus is on increasing energy efficiency in the company's own production by using process waste heat from production for heating,” stated the firm, adding that further measures were now being considered for the coming winter.

However, among the geopolitical tensions noted by Leibinger-Kammüller is that between the US and China - something that has seen the sale of ASML’s EUV equipment to customers in China outlawed by US export controls.

Happily for Trumpf, ASML said last week that the latest US restrictions, which also affect employees of Chinese firms, were not expected to have a major impact on its overall business, with plenty of demand from the rest of the world as the US and Europe in particular look to establish greater technological sovereignty in advanced semiconductor production.

That appears to be borne out by Trumpf’s huge figure for order intake in the latest financial year, which included €1.8 billion directly related to laser technology, with EUV applications alone accounting for just over €1 billion.