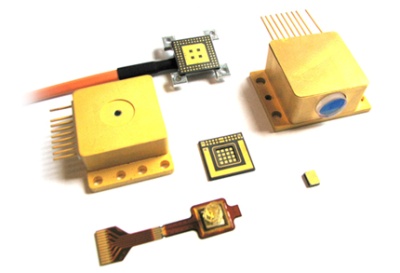 Lumibird, the diversified photonics company headquartered in France but with a growing global footprint, has posted sales revenues totaling €40.9 million for the third quarter of 2022.

That represented an increase of 10 per cent on the same period last year, although partly assisted by the strengthening value of the dollar against the euro currency.

The latest result brings Lumibird’s revenues to just under €125 million for the year so far, with the firm’s photonics division contributing €58.2 million to the total, and the remaining €66.7 million from its medical division, largely reflecting sales by the Quantel Medical subsidiary.

Defense boost
With both the company’s divisions growing at the similar rate, Lumibird’s management team is confident that the closing quarter of the year will see it post revenues in excess of €50 million.

The increase in revenues attributed to the photonics division in the third quarter was linked to growth in both industrial and scientific applications, while Lumibird’s lidar business was up only slightly on last year’s figure, at €5.4 million.

Growing more quickly right now is the firm’s defense and space activity, up 18 per cent year-on-year thanks in part to the recent integration of Saab’s laser rangefinder business, which was acquired in late May and should add around €10 million in annual revenues.

“The [defense and space] business and the lidar business will strongly support the Photonics division’s robust development in the fourth quarter of 2022,” remarked Lumibird, noting that the Sweden-located rangefinder unit’s financial performance is strongly influenced by the phasing of contracts.

In the medical sector, the company reported accelerated sales across all geographies, with solid demand following the launch and certification earlier this year of its new “C.STIM” laser treatment for the root cause of dry eye diseases.

Innoptics addition
If the fourth-quarter of this year progresses as expected, Lumibird should be able to post annual sales of at least €175 million, up from €162 million in 2021.

Reaching the 2023 revenue target of €250 million looks like a tougher challenge right now, but should be helped a little by the recent addition of Bordeaux-based Innoptics, which specializes in optoelectronic component packaging.

That deal sees a team of five people with complementary technological know-how and 12 years of experience designing and manufacturing optoelectronic subsystems and components added to the Lumibird workforce.

“This extension of its areas of technological expertise will enable [Lumibird] to ramp up its verticalization strategy, while developing a new range of products to address new markets, focusing in particular on low-cost laser segments for higher-volume markets,” said the firm last month.

Founded in 2010, Innoptics currently has annual revenues of just over €0.3 million. Its co-founders Stéphane Denet and Vincent Lecocq are among the five employees joining Lumibird. Prior to Innoptics, both Denet and Lecocq were at the optical communcations startup Intexys Photonics.