Deal sees Eotech pay at least $70 million to acquire Intevac Photonics and its night-vision technology used by the US military. 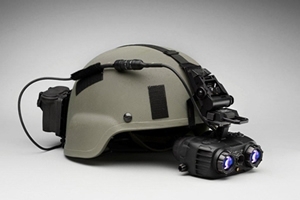 Intevac has sold its photonics division, which specializes in sensors and imaging technology mostly used in defense applications, to fellow US firm Eotech.

Michigan-based Eotech agreed to buy Intevac Photonics with an up-front cash payment of $70 million, alongside an earn-out agreement that could push the total value of the deal to $100 million.

Primarily a maker of holographic optics for rifle scopes and similar military applications, Eotech was carved out of the major US defense contractor L3Harris in March 2020, when it was sold to American Holoptics, a subsidiary of private equity firm Koucar Management.

Strategic review
Intevac CEO Wendell Blonigan said in a release from the two firms: “Intevac Photonics, as envisioned by our late founder Norman Pond, pioneered the night vision technologies that have become the standard for most advanced digital night vision programs for the US military, as well as many foreign nations."

Matt Van Haaren, the CEO at Eotech, added: “Intevac Photonics has built an impressive portfolio of digital night vision technologies that set the standard for advanced military avionics platforms. We are excited to continue to build this business as it develops the next generation of digital night vision for the dismounted soldier.”

The switch in ownership follows a strategic review initiated by Intevac in the past year, with its chairman David Dury commenting:

“We have always believed in the long-term growth potential of [our photonics division], however with any significant new photonics product revenue ramp still at least a couple of years away, and the complexity of achieving maximum shareholder value from two substantially different businesses within one company, the board of directors determined that this transaction was in the best interest of maximizing stockholder value.”

In a conference call discussing the sale of the photonics business, Blonigan told investors: “Over the last 30 years, Intevac Photonics became the gold standard for sensors and cameras for practically every digital night vision program for the US military.”

Digital night vision
According to Intevac’s most recent financial results, its photonics division posted sales of $6.8 million for the three months ending October 2 - down from $12.2 million for the same period in 2020.

Those figures were issued shortly after the Santa Clara firm revealed that it had signed a new five-year, $16 million contract to provide night-vision cameras to be used by pilots flying the US Army’s Apache helicopters.

Timothy Justyn, executive vice president and general manager of Intevac Photonics, said at the time: “Intevac finished deliveries outfitting the US Apache fleet, spares and initial FMS (foreign military sales) customer orders in September of 2020. We are excited to be delivering additional cameras to support our warfighters’ effort.”

However, the roll-out of digital night vision technology across the US military - and any subsequent ramp in sales for Intevac - has suffered delays in recent months, partly explaining the firm’s decision to sell the photonics division and focus on its thin-film equipment business.

The additional $30 million of potential earn-out payments will be dependent on the extent to which existing development programs involving the US military are converted into significant sales deals for Eotech through 2025.