Professor Berns is co-founder of the Beckman Laser Institute and a Professor at University of California, Irvine. 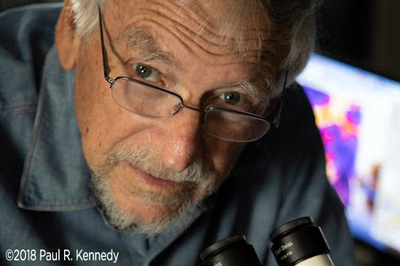 SPIE has announced that its 2022 SPIE Gold Medal winner is Michael Berns, co-founder and founding director of the Beckman Laser Institute & Medical Clinic and a professor of biomedical engineering, surgery, and developmental and cell biology at the University of California, Irvine.

The SPIE Gold Medal is the highest honor the Society bestows. It is awarded in recognition of outstanding engineering or scientific accomplishments in optics, photonics, electro-optics, or imaging technologies and applications.

Berns is widely known as the “the father of laser microbeams,” due, in part, to his seminal work delineating how the laser can perform subcellular surgery on chromosomes. With an overarching approach that focuses on light interactions with cells and tissues, his research works to address biomedical problems such as nervous-system repair at single-cell level, a laser-leveraging technique that extends to degenerative diseases such as Parkinson’s, Alzheimer’s, and Huntington’s.

Among other roles, Berns oversees Beckman's Cellular Biophotonics Laboratory, as well as serving as the director of the recently established Michael and Robert Berns Laser Microbeam Program.

“Michael Berns’ work over several decades has set the international benchmark for the particular use of the laser for various studies in biomedicine,” says University of St. Andrews' School of Physics and Astronomy Professor Kishan Dholakia.

“He has consistently performed and delivered breakthrough science that has stood the test of time, and is, quite simply, a highly prolific and agenda-setting international scientist of the highest quality. I have been most impressed with his passion and rigor at scientific meetings, which is an inspiration to audiences, and key to his success in teaching, training, and mentoring young researchers.

“In addition, the strategic value and impact of Berns' work with regard to international science has been outstanding. The collaboration of his group at UCI with Professor Halina Rubinsztein-Dunlop and her group at the University of Queensland, for example, has led to an exceptional and prolific union of two of the leading photonics laboratories in the world.

“The complementary partnership has led to very exciting and highly productive trans-Pacific interdisciplinary research. The impact of Berns' own work and that with collaborators supports the future of the field through the training and exchange of graduate students and post-docs.”