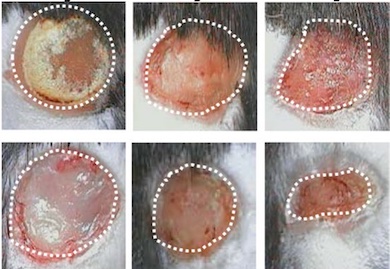 The therapeutic effects of incident light on wounds or sites of injury are known to be potentially beneficial in treatment regimes, and the mechanisms behind the effect are becoming increasingly understood.

A project at the University at Buffalo (UB) has now examined the effects of photobiomodulation (PBM) therapy specifically on burn wounds.

PBM, previously referred to as low-level laser light therapy, involves the application of light from a patient-safe low-power laser or LED source to promote tissue recovery or reduce pain, often through its effect in reducing oxidative stress in the affected tissues.

Previous UB research studied the use of light therapy as both a palliative and a therapy for mouth cancers, and the university has now noted a recent recommendation by the Multinational Association for Supportive Care in Cancer (MASCC) for the use of PBM treatments as a routine, standard-of-care treatment to manage oncotherapy-associated oral mucositis.

The new Buffalo project studied how similar therapy could speed up recovery from burns and reduce inflammation in mice subjects, measuring the effect of photobiomodulation on the closure of third-degree burns over a period of nine days. Results were published in Scientific Reports.

"Photobiomodulation therapy has been effectively used in supportive cancer care, age-related macular degeneration and Alzheimer's disease," said Praveen Arany of UB School of Dental medicine. "A common feature among these ailments is the central role of inflammation."

The team said that a range of PBM parameters, including light wavelength, pulse frequency and energy dosage, have been investigated for their effect on therapeutic effect; but although the potential benefits are now considered proven by several clinical studies, the exact parameters needed for particular effects is still being determined.

UB first created an effective treatment protocol for its burn wounds by utilizing an in vitro model to establish the relationship between PBM dose fluence, treatment time and surface irradiance. A near-IR 810-nanometer source was employed.

The effects of this treatment protocol on the wound-healing responses of third-degree burns was then monitored over nine days, and the percentage of wound closure assessed. Discrete positive effects on epithelieum, fibroblasts, and macrophage functions were observed as part of accelerated healing.

Observations suggested that the effect of incident light on a particular protein was key to the therapeutic effects. Photo-activation of TGF-beta-1 protein was found to play a central role in mediating burn wound healing, a finding that could now open up new avenues to exploit the protein's role in human health.

"This work provides evidence for the ability of PBM-activated TGF-beta-1 in mitigating the inflammation, while promoting tissue regeneration utilizing an elegant, transgenic burn wound model," commented the project. "These mechanistic insights can improve the safety and efficacy of clinical translation of PBM treatments for tissue healing and regeneration."