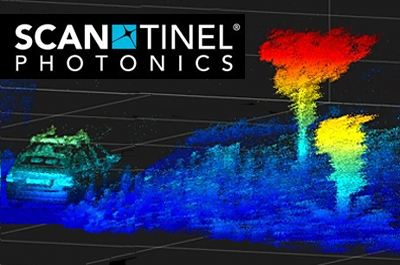 “The LiDAR market is further consolidating and it’s becoming clearer which technologies and startups will eventually make it to mass production. We are proud that Scantinel is among the ones that succeed in attracting new investors,” commented Gerrit Schulte, Head of Zeiss Ventures.

Its LiDAR technology measures distances to objects in the plus-300-meter range with a high level of integration, solid state scanning and competitive pricing, which is key for deployment in autonomous vehicle detection and safety systems.

“We see a great benefit from having Scania’s Venture Capital fund as an investor and are pleased to welcome Scania Growth Capital on board to support us as we continue to progress,” said Scantinel CTO & Co-founder, Andy Zott.

“The future safety of autonomous vehicles is based on FMCW LiDAR sensor technology. We see Scantinel Photonics as the technology leader in its field and we are excited to be part of the growth journey,” said Christian Zeuchner, Partner at the management company Scania Growth Capital.