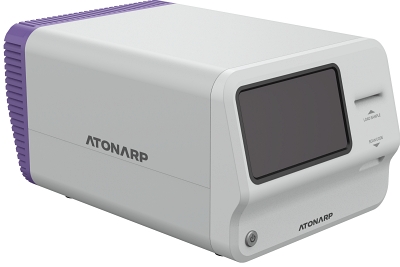 Atonarp, a Tokyo-based company that sells optics-based molecular sensing equipment, says it has raised $50 million in a series D round of venture funding.

The Japanese firm, which also offers miniature mass spectrometers for industrial applications, plans to use the cash to expand operations and advance development of a new platform technology aimed at point-of-care diagnostics and cell biology.

Supported by Furukawa Electric and others alongside lead investor WRVI Capital, the latest round brings Atonarp’s total funding to $111 million.

Company CEO and founder Prakash Murthy said that the support would help bring the technology to a number of applications across healthcare and industry.

“We have developed the industry's smallest, smartest, cloud-connected, plug-and-play molecular diagnostics platform that quantitatively analyze chemical processes in real-time with unprecedented detail, and are poised to broadly deploy our disruptive platform across multiple industries and market segments,” said Murthy.

Unlike traditional diagnostic and blood testing methods that rely on chemistry and require large volumes of biological samples for processing, this approach uses proprietary laser-based sensing and profiling technology to analyze small sample sizes and produce a “digital molecular snapshot” without any use of chemistry or expensive reagents, states the firm.

A technical data sheet suggests that the sensors are based around 780 nm and 1030 nm ultrafast laser sources, and can be used to test for diabetes, lipid concentrations, and metabolic indicators.

“Our use of nonlinear optical spectroscopy for molecular analysis opens the door to many improvements within the life sciences from real-time patient monitoring, to dramatic gains in cell biology, and point-of-care diagnostics,” adds Atonarp.

“By providing digital methods that are just as accurate as laboratory chemistry methods, our life sciences products enable the advent of real-time molecular analysis and a move from reactive to predictive healthcare practices.”

Digital datasets
Quoted in a release from the company Phyllis Gardner, a Stanford University professor in clinical pharmacology, said:

“Point-of-care-testing is the future for medical diagnostics, but the industry has been hampered by costly chemistry-driven panels that require large sample volumes and centrally based laboratories for processing.

“Atonarp's molecular sensors scan and store an entire digital dataset from incredibly small sample amounts. This technology can support distributed point-of-care diagnostics, which is critical to achieving predictive and proactive healthcare practices, in turn, leading to better diagnoses, treatment, and outcomes for patients.”

The latest funding round should add to that capability significantly. Atonarp says it is developing a “first-of-its-kind” non-contact optical diagnostic platform for quantifying analytes in biofluids, which is slated for release in 2022.

“The company's ultimate vision within molecular diagnostics is to transition from minimally invasive to non-invasive blood testing by optically probing blood vessels directly through the skin using laser-based sensing and profiling technology,” added the firm.

Assisting that transformation will be new company COO Shaun Holt, who has just joined Atonarp from the Nasdaq-listed optofluidics company Berkeley Lights.