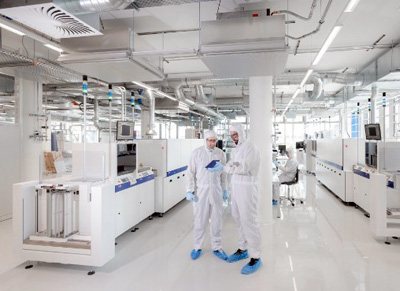 Phoenix from the flames: Back-end site of the PV Technology Evaluation Center.

The Photovoltaic Technology Evaluation Center (PV-TEC) at the Fraunhofer ISE (Solar Energy), in Freiburg, Germany, has reopened just 16 months after being badly damaged in a fire in February 2017.

First opened as a research factory for solar cells in 2006, PV-TEC is an important player in the development and piloting of crystalline silicon solar cells.

The refitted facility is described by the ISE as “a unique service center for the entire PV value chain, which helps to close the gap between research and industry, making it a pivotal driver of innovation transfer.”

Since the fire, ongoing projects had been delayed, but could nevertheless be continued in other laboratories. Fitted out with new equipment, PV-TEC will now enter the next level of technical development in photovoltaics.

Its headline objectives are creating higher solar cell efficiency, improving productivity in the field of process technology and – not least – helping with the restart of PV cell and module production in Europe, which is an aim of both the research community and industry.

“Germany and Europe are still the technological leaders in this field but it is now crucial that we redouble our efforts to complete the PV value chain by restarting the production of cells and modules in Europe based on the latest, sustainable concepts,” said Institute Director Dr. Andreas Bett.

“This will not only boost economic success and participation in this huge market of the future, but will also give us strategic autonomy in the energy sector. PV-TEC will play a key role in this new beginning.” 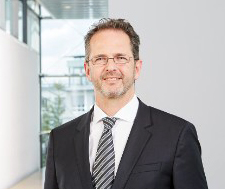 “We are delighted that we have managed to rebuild this important photovoltaics center so soon – we owe a debt of gratitude to everyone involved internally and externally, as they all went above and beyond the call of duty to help us achieve this.”

A front-end and a back-end site

The reconstructed PV-TEC has been both modernized and extended. Fraunhofer ISE has also taken this opportunity to restructure PV-TEC, which has had a second site located in the north of Freiburg since 2016. Reflecting the solar cell manufacturing process chain, the front-end and back-end technologies are located at different sites.

PV-TEC’s mission has always been the industry-driven development of production technology for high-efficiency silicon solar cells along the entire value chain. The current point of reference for the work undertaken at PV-TEC is the PERC solar cell, which has recently developed into the industrial standard solar cell at Fraunhofer ISE.

Now, the objective is to further optimize the production process used for this cell, to make it even more cost-efficient and sustainable. The PV-TEC is a platform for the development of prototype systems for innovative processes, such as TOPCon solar cells, or for boosting throughput times with the target of exceeding 10,000 wafers/hour. New processes can be independently evaluated, and processes can be adapted and developed in a real-life solar cell manufacturing environment.

Smart factory of the future

The PV-TEC technology platform is also immensely important for up-and-coming areas such as digitalization and building-integrated photovoltaics (BIPV). The installation of rooftop or ground-mounted solar modules and the use of PV modules as façade elements require new, adapted production steps, which are also being piloted at PV-TEC.

PV-TEC will create the basis for digitalization concepts, such as process facilities compatible with Industrie 4.0. Machine learning will enable the use of sensors and actuators, not only for analyzing process variations, but also for increasing productivity and lowering unit production costs, which ultimately means greater resource efficiency. Fraunhofer ISE works with other institutes within the Fraunhofer-Gesellschaft to research digitalization and other topics of the future.