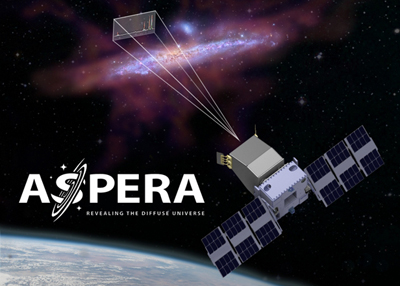 Aspera’s mission will feature a space telescope “the size of a mini fridge”.

A 30-year-old University of Arizona postdoc researcher has won a $20 million NASA space mission grant by designing a compact, original version of the huge space telescopes, like the Hubble, that began sailing into space in the 1990s.

The Hubble Space Telescope weighed 11.1 tons (24,500 pounds) and cost about $2.5 billion. The Aspera’s mission budget is only $20 million, an austerity-level budget by astronomy standards, set by NASA for its new Astrophysics Pioneers project. Vargas is hoping for a launch in 2024.

Aspera will launch via a “ride-share opportunity” still to be worked out and orbit at about 800 km (500 miles) above Earth. The Hubble orbited at about 560 km (350 miles) above Earth. Aspera is Latin for “hardships,” as in “per aspera ad astra.” That’s roughly “to the stars through hardships.”

At the core of Vargas’s telescope are four small telescopes with primary mirrors just a few inches across and detectors designed to detect ultraviolet signals. He believes it will collect just the images of galaxy gases he needs to answer major questions about how galaxies form and evolve. 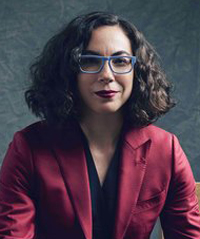 Because the Aspera is a “low cost” mission, the planners are trying to purchase as much equipment off the shelf as possible. “That means getting parts that are commercially available or already designed for other missions,” said Erika Hamden, the deputy principal investigator at Steward Observatory and a UA assistant professor of astronomy.

Those parts include the UV-sensitive detectors, from Sensor Sciences, LLC. The Aspera will get mirrors from Optimax, power supplies from Southwest Research Institute, and the spacecraft from Blue Canyon Technologies, which Hamden said “is a company that has really set the standard for small spacecraft and helped make them more cost-effective and scientifically useful.” Detectors will come from Horiba.

When he first met with Arizona astronomers, Vargas had two job offers in his pocket: at the space pioneer Aerospace Corp. in Los Angeles and at Los Alamos National Laboratory. Instead, he opted for Erika Hamden’s UA lab, and a chance to build his own compact space telescope.

Hamden’s project in those days – with the title of the Faint Intergalactic Medium Redshifted Emission Balloon, thus FIREBall – was observing the light coming from the outskirts of certain galaxies that may reveal clues to how all galaxies, and, in fact, all material that exists, came to be.

Vargas’s imagination caught Hamden’s eye. “He had a crazy idea,” she said. “Some people said it wouldn’t work.” Experts told him he needed a big telescope, not his proposal for a kitchen-size scope. 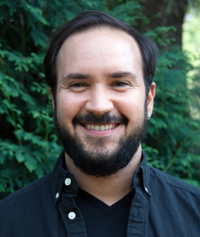 Vargas, 30, will be exploring as a principal investigator, creating a space telescope he designed. Vargas says he has always cherished the great questions that drive the Aspera mission. “Who are we? How did we come to exist? How did the planets evolve? How did ours evolve to support life on Earth? How do galaxies form and evolve?”

Traditionally, scientists have looked at the most obvious targets in galaxies, at bright stars. But the almost-hidden clues to their evolution lie in the faint light coming from gases that make up the much larger neighborhood surrounding a galaxy. Vargas and his team will be building new devices to map the gas that envelopes galaxies.

A galaxy contains a variety of things: dark matter, black holes, dust, and, of course, the gas consisting of atoms of hydrogen, oxygen, carbon out of which everything is made, along with trillions of stars. For astronomers, it’s critical to know how the gas changes the galaxies, some 30 to 40 million light years away, and gets transformed into stars.

So how does that light reach us? “The funny thing about photons is, they just keep chugging along,” Vargas said.

Seeing galactic gases is among the most difficult tasks in astronomy. The clouds send out only a handful of photons, and astronomers can struggle to capture them as images with telescopes and sensors.

Vargas is partnering with scientists from Bochum University in Germany, and from Columbia University and the University of Iowa, both in the US. The crew will assemble the telescope at the UA’s Steward Observatory labs and at the UA’s Tech Park.

A postdoctorate typically lasts only three years, so the first two years are crucial. If you invest that block of time in making a NASA proposal and fail to get selected, you can lose other chances to compete for your next position.

But for Vargas, the risk was well worth it, said Buell Jannuzi, the Steward Observatory’s director. Now, Vargas has brought the UA Astronomy Department the largest grant that any postdoc has ever achieved. “He had the necessary level of maturity and he understood what he wanted to do – to observe in the ultraviolet,” Buell said.

“It’s hard for people to gain the necessary experience to do big missions,” Jannuzi said. “That’s what’s exciting about Carlos and his success. He’s off and running.”