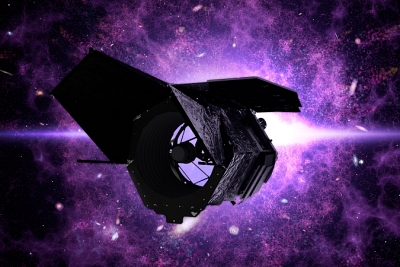 NASA has announced that it is naming the Wide Field Infrared Survey Telescope (WFIRST), planned for launch in around five years, in honor of Nancy Grace Roman.

Appointed as the space agency’s first chief astronomer (and first female executive) back in 1959, Roman is credited with paving the way for space telescopes - and in particular is known as the “mother of Hubble”.

Although WFIRST will be no larger than Hubble in terms of its primary optics, it will offer a field of view 100 times that of its predecessor - meaning it would be able to observe the entire Andromeda galaxy in just three hours.

Instruments on board the telescope will be used to investigate long-standing astronomical mysteries, such as the force behind the universe’s expansion, and in the search for exoplanets.

However, the $3.2 billion mission’s future remains subject to funding decisions later this year. While WFIRST is funded through September, it was not included in the US presidential budget request for fiscal year 2021.

The current administration wants to focus on completing the James Webb Space Telescope (JWST) before committing to another space telescope, although it has earmarked in excess of $12 billion each year through 2024 for the “Moon to Mars” campaign.

Modest but determined
NASA says that Roman left behind a tremendous legacy in the scientific community when she died in 2018. The agency’s chief administrator Jim Bridenstine commented in a statement:

“It is because of Nancy Grace Roman’s leadership and vision that NASA became a pioneer in astrophysics and launched Hubble, the world’s most powerful and productive space telescope.”

Former US senator Barbara Mikulski, who worked with NASA on both Hubble and WFIRST, added: “It is fitting that as we celebrate the 100th anniversary of women’s suffrage, NASA has announced the name of their new WFIRST telescope in honor of Dr. Nancy Roman, the Mother of Hubble - well deserved. It recognizes the incredible achievements of women in science and moves us even closer to no more hidden figures and no more hidden galaxies.”

In a separate statement, Roman’s family added: “For many years, Nancy Grace worked in relative obscurity, known only to a few scientists, but this never deterred her. She firmly believed that space observation would offer years of good science, and this has proven to be the case.

“Nancy Grace was a modest person but very determined when she believed in something. We are very proud that she stood up for herself in the early years when everyone told her that women could not be astronomers.

“She ignored people who told her it was not appropriate or that women didn’t have the ability to work in the physical sciences and forged ahead with her studies.”

Dr. Nancy Grace Roman was a leader and advocate whose dedication contributed to NASA seriously pursuing the field of astrophysics and taking it to new heights. Her name deserves a place in the heavens she studied and opened for so many. Learn more: https://t.co/iQHKd4kPNt pic.twitter.com/O9iEPGdUxv

Astronomical influence
Born on May 16, 1925, in Nashville, Tennessee, Roman was initially discouraged from a career in science. But after graduating in astronomy from Swarthmore College in 1946 and completing a doctorate at the University of Chicago in 1949, she remained at Chicago for six years, making discoveries about the compositions of stars that had implications for the evolution of our Milky Way galaxy.

Roman then took up a position at the US Naval Research Laboratory to work on radio astronomy, before arriving at NASA in 1959, just six months after the agency had been established. There, she served as the chief of astronomy and relativity in the Office of Space Science, managing astronomy-related programs and grants.

In a NASA interview, Roman said of that decision: “I knew that taking on this responsibility would mean that I could no longer do research, but the challenge of formulating a program from scratch that I believed would influence astronomy for decades to come was too great to resist.”

While Roman has said that men generally treated her equally at NASA, she has also pointed out that in the past that she had to use the prefix “Dr.” with her name because, in her words, “otherwise, I could not get past the secretaries.” 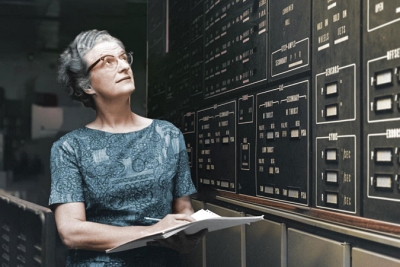 Under Roman’s leadership, NASA went on to launch four orbiting astronomical observatories between 1966 and 1972. While only two of the four were successful, they served to demonstrate the value of space-based astrophysics and represented the precursors to Hubble, says the agency.

Roman also championed the International Ultraviolet Explorer, built in the 1970s as a joint project between NASA, the European Space Agency (ESA), and the UK.

Hubble to JWST and WFIRST
But more than anything else, Roman is credited with making the Hubble Space Telescope a reality. NASA says that in the mid-1960s, she set up a committee of astronomers and engineers to envision a telescope that could accomplish important scientific goals.

“She convinced NASA and Congress that it was a priority to launch the most powerful space telescope the world had ever seen,” stated the organization.

Assuming that funding for what will now be known as the Nancy Grace Roman Space Telescope is secured, once launched it should allow astronomers and cosmologists to solve some fundamental mysteries in the areas of dark energy, exoplanets, and infrared astrophysics.

With a 2.4 m-diameter primary mirror, the telescope’s main wide-field instrument will be able to make rapid observations of the cosmos. An additional coronagraph element will be able to perform high-contrast imaging and spectroscopy of individual nearby exoplanets - potentially identifying signs of extra-terrestrial life in exoplanet atmospheres.

Earlier this year NASA said that the WFIRST project had passed a critical programmatic and technical milestone, giving it the official “green light” for hardware development and testing to begin.