University of Illinois at Urbana-Champaign project could lead to new therapies or treatments. 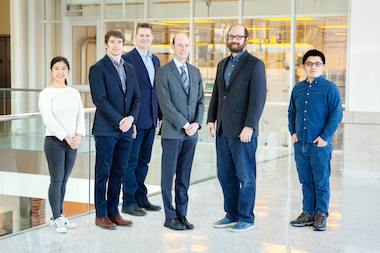 A study by the University of Illinois at Urbana Champaign (UIUC) has provided a clearer view of adipose tissue associated with obesity, and could help to explore the connection between that condition and other diseases.

Researchers already knew of a connection between inflammation of certain adipose tissue and obesity and hence an influence on other related comorbidities as well, although the exact mechanisms involved are not yet fully understood.

In particular, it sought better images of the round complexes of inflammatory tissue referred to as crownlike structures (CLSs), which are thought to be associated with worse outcomes of obesity and related metabolic disorders.

Previous analysis of these structures had been limited to examination of tissue samples using 2D microscopy, but the Illinois team developed a workflow involving LSM after tissue clearing, in which the normally opaque tissues are rendered optically transparent through the infusion of suitable chemicals.

"Using our new technique, we can determine the crownlike structures' volume, the specific number of cells associated with them, as well as their size, geometry and distribution," commented Andrew Smith of UIUC.

LSM involves the use of thin planar illumination as a means of limiting the power of light directed at fragile biological tissues. Recent LSM developments have allowed the technique to image relatively thick tissues while they remain intact, and achieve resolutions at or near the diffraction limit.

The UIUC process, applied to intact adipose tissue taken from mice, involved a sequence of optical tissue clearing, 3D LSM using a commercial platform, deep learning-based segmentation of the results, and multivariate analysis of the image data to reveal the detailed nature of the CLSs.

CLSs are challenging objects to recognize within a 3D fluorescence image, according to the project's published paper, since they comprise a low-contrast spot surrounded by a high-contrast concentric shell, which may be discontinuous and interconnected across multiple CLSs, with diverse sizes and shapes.

Advances in computational analysis and data handling have assisted the identification of such individual structures within the large data sets generated by modern 3D microscopy, and UIUC intended its workflow to allow for rapid and automated imaging of CLSs as much as possible. Such automation will ultimately assist any translation of the technique to the analysis of other types of cell.

In the trials using mice tissue specimens, the imaging data revealed new details of how CLSs are constructed, as well as a new class of unusually large CLS in obese tissues. Comparative analysis also showed that obese CLSs are relatively underpopulated with cells.

The project believes that these features are consistent with less efficient elimination of adipocytes, once those fat-storing cells are dying, and that this contributes to the inflammation observed in the obese adipose tissues.

"These very large crownlike structures are clustered together and located in the center of the tissue," Smith commented. "And there is no way we could have analyzed this before using our new technique."

As well as potentially leading to new drug therapies or improved ways to evaluate metabolic health, UIUC believes that its approach may promote translation of 3D imaging techniques into the clinic more generally, by helping to overcome long-standing hurdles relating to data handling and the time taken for conventional fluorescence labeling.

"Right now, we know that some patients are overweight but metabolically healthy, while others are underweight and metabolically unhealthy," Smith said. "We believe that having the ability to look deep into the micro-environments within fat tissue may unlock some of the reasons why this is."