Researchers in Southampton and San Francisco have developed the first compact 3D LiDAR imaging system that can match and exceed the performance and accuracy of most advanced, mechanical systems currently used.

Accurate imaging is essential for machines to map and interact with the physical world but the size and costs of the technology currently needed has limited LIDAR’s use in commercial applications.

Now a team of researchers from Pointcloud Inc., in San Francisco, CA, US, and the Optoelectronic Research Centre (ORC), at University of Southampton, UK, have developed a new, integrated system, which uses silicon photonic components and CMOS electronic circuits in the same microchip.

The prototype they have developed would be a low-cost solution and could pave the way to large volume production of low-cost, compact and high-performance 3D imaging cameras for use in robotics, autonomous navigation systems, mapping of building sites to increase safety and in healthcare.

‘Higher accuracy at distance than other chip-based LIDARs’

Graham Reed, Professor of Silicon Photonics within the ORC said, “LIDAR has been promising a lot but has not always delivered on its potential in recent years because, although experts have recognised that integrated versions can scale down costs, the necessary performance has not been there. Until now.

“The silicon photonics system we have developed provides much higher accuracy at distance compared to other chip-based LIDAR systems to date, and most mechanical versions, showing that the much sought-after integrated system for LIDAR is viable.”

The latest tests of the prototype, published in Nature, show that it has an accuracy of 3.1 mm at a distance of 75 m.

Amongst the problems faced by previous integrated systems are the difficulties in providing a dense array of pixels that can be easily addressed; this has restricted them to fewer than 20 pixels whereas this new system is the first large-scale 2D coherent detector array consisting of 512 pixels.

The research teams are now working to extend the pixels arrays and the beam steering technology to make the system even better suited to real-world applications and further improve performance. 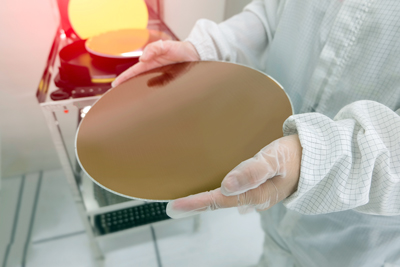 Teledyne Imaging has announced the introduction of its LACera imaging technology (LAC stands for Large Area CMOS), which it says represents “a significant step forward in CMOS capabilities for advanced imaging which will enable the next generation of scientific discovery.”

LACera technology will feature in the firm’s “next generation” CMOS cameras to be announced later in 2021, including X-ray, EUV and VIS-NIR versions.