Physicists use resonance to harness photonic energy in microresonators

Researchers at University of Bath maximize ability of a resonator to store energy by optimizing sharpness of resonance (finesse). 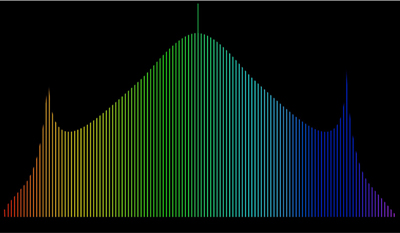 Bath study shows how laser parameters should be tuned.

A team of physicists from the University of Bath, UK, has found a way to use resonance to harness the energy of light more effectively inside microresonators.

For light, microresonators act as miniature loops. If the peaks of these lightwaves reach the same point after a full loop is made around the resonator, then the energy storage capacity of the resonator hits a maximum when measured against frequency.

The ability of a resonator to store energy is characterised by the sharpness of the resonance, also called finesse. Physicists are caught in a race to maximise the finesses of resonators, so as to store as much energy as possible in a single resonator.

When high light energy is circulating in a resonator, it starts to reveal interesting properties. For instance, the resonator begins to produce photons of light with new frequencies and therefore of different wavelengths.

In optics, a frequency comb is a laser source whose spectrum consists of a series of discrete, equally spaced frequency lines. A comb's many useful properties led to researchers working on the optical frequency comb technique – Roy J. Glauber, John L. Hall, and Theodor W. Hänsch – winning the 2005 Nobel Prize in Physics.

A frequency comb created in a resonator doesn't display a continuous spectrum of colours. Instead, it contains a regular and equally spaced pattern of wavelengths, similar to the teeth on a comb. The regularity of these teeth allows these combs to be used for ultra-precise measurements – for instance, of distances and time.

The Bath researchers discovered that boosting the strength of light-matter interactions to make frequency combs is not the only reason high-finesse microresonators are important. If finesse is relatively small, then tuning a laser around one of the resonances causes a given comb tooth to adjust its wavelength continuously. Reaching finesses of several thousands and into tens of thousands, however, starts to break this continuity.

When the continuity is broken, a laser tuned to generate a pair of photons with two specific wavelengths will need to pass through the “idle interval” before the next colour becomes ignited. During this interval, there can be no conversion into new colours. In the language of resonance theory, the interval creation is called Arnold tongues. Arnold tongues is a phenomenon often found in networks of oscillators. The neurons in our brains work according to the rules of Arnold tongues to synchronise the transmission of signals.

The microresonator tongues reported in the Bath study represent a map of the narrow tongue-like structures that shows how laser parameters should be tuned to either generate or not generate new wavelengths. The two papers describing this research, Finesse and four-wave mixing in microresonators and Threshold of complexity and Arnold tongues in Kerr ring microresonators are published in Physical Review A.

The photon pair generation process is a key phenomenon underpinning the development of tunable light sources for various applications, and in particular for optical data processing and transmission. Discovering the connection between photon-pair generation and Arnold tongues is expected to boost the efficiency of this process.

Further increasing of finesses is possible by freezing the microresonators to a temperature where the molecules it is made from stop vibrating. This is expected to trigger new ways to manipulate photons, and the Bath team plans to study these next.

Professor Dmitry Skryabin from Bath's Centre for Photonics and Photonic Materials, and lead researcher on this study, commented, “Since the 2005 Nobel Prize, the comb technology has rapidly downscaled to the size of computer chips. This means miniaturised frequency comb generators can have myriads of diverse applications in for example pollution monitoring, radar technology, and discovering of new planets.”