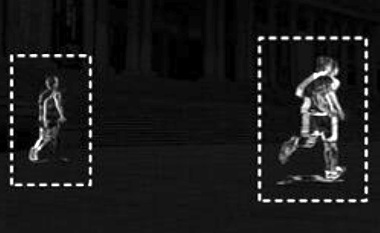 A project at Shanghai's Fudan University and the Chinese Academy of Sciences could lead to improved motion sensors for machine vision and other applications.

The bio-inspired design stems from consideration of the retina of the eye, and is intended to offer an alternative to more bulky motion detection and recognition (MDR) technologies, usually based around CMOS image sensors.

As described in Nature Nanotechnology, the new system can detect movements, store the resulting motion data and analyze it within a single platform, an advantage for uses in which such devices function in unsupervised locations including remote environmental monitoring.

"Previous retina-inspired devices only exhibited optical responses and could not store them efficiently, thus preventing time-domain computations for moving targets," said Peng Zhou of Fudan University. "The all-in-one retino-morphic devices we propose enable unprecedented temporal differential processing, and can therefore be applied to both moving targets and static images."

The project built on existing studies at Fudan University on how to process visual information as non-volatile photoconductivity data from a 2D sensor matrix, work aimed at photo-storage applications. Contact with a specialist in machine vision then revealed a commonality between the team's pixel matrices and the structure of the retina.

This led the project to investigate whether its existing detection principle could be developed to accommodate some of the functions necessary for effective artificial vision, such as motion sensing and edge detection.

"The all-in-one device we created has two different modes based on the different stored carriers, which correspond to positive and negative optical response," Zhou explained. "Therefore, it can produce a positive/negative non-volatile output under illumination. The integration of sensing, memory and computing is similar to the mode of the human retinal network."

According to the project's published paper, the device uses an incoming optical stimulus to generate progressively tuneable photoresponses, based on the detection of incoming light by different pixels in the sensor. The data is stored so that the detected images can be fed into a conductance mapped neural network, to classify the differences between data sets and identify moving objects.

This workflow can achieve "100-percent separation detection without ghosting," and in trials the device was said to have outperformed previous results from similar customized datasets.